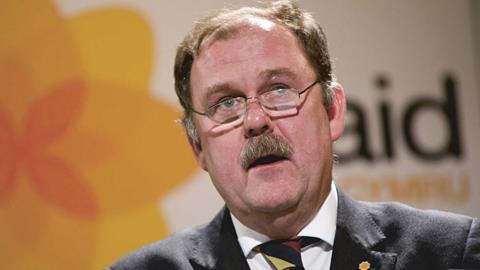 An MP has warned that the Ministry of Justice will have ‘one hell of a row’ on its hands if it closes the remaining court in his west Wales constituency.

Elfyn Llwyd (pictured), Plaid Cymru MP for Dwyfor Meirionnydd, said the MoJ’s court closure programme had resulted in his constituency of 58,000 having just one remaining court, in Dolgellau, which is now rumoured to be earmarked for closure.

During a Commons justice select committee hearing with the ministry’s top civil servant, he asked for assurance that the constituency’s Crown court would not be closed.

There has been speculation that the MoJ will announce 80 further court closures to meet its spending targets.

Llwyd says the closure of Pwllheli magistrates’ court in 2011 has had a negative impact on his constituency.

‘Not only has that been an issue for access to justice, it has also meant we are not getting good JPs coming forward, as they don’t want to travel 55 miles to the nearest one in Caernarfon,’ he told the Gazette.

To date, 138 courts have been closed under the 2010 courts estate reform programme, with three more scheduled to do so.

However, 44 now-vacant court buildings have yet to be sold. Brennan told the committee that some of those properties require upgrade work before they can be sold. ‘Sometimes we have to invest in dilapidation costs to get the premises ready for the market,’ she said.

‘They may have closed but it may not be possible to sell them.’