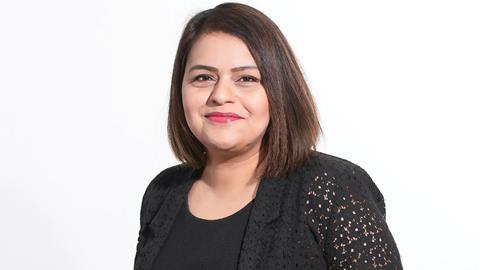 Who? Jagdip Bains, director and head of dispute resolution and employment at Talbots Law, Stourbridge and Wolverhampton.

Why is she in the news? Represented Ian Parsonage in a three-year dispute over whether his late mother’s 2011 will invalidated a will made a year earlier. Beryl Parsonage was diagnosed with dementia in 2010. Rather than have one child as the main beneficiary, the new will shared Beryl Parsonage’s estate equally among her four children. Ian Parsonage successfully argued that his mother’s second will should be upheld, which was disputed by his younger brother, Duncan Parsonage, on the basis that Beryl Parsonage lacked testamentary capacity.

Thoughts on the case: ‘Due to the aging population, dementia is on the rise. Claims arising from wills are also on the rise. This case reinforces our advice that everyone should have a will in place and not leave it until your personal circumstances change. While in this case both wills were prepared by a solicitor, the second will was executed before two neighbours without a solicitor present, creating a further risk of the will being challenged. Wills are not expensive compared to the cost of litigation.

‘While in this case the defendant paid the costs, it is not unusual for the court to order that costs are paid from the estate, which will affect all beneficiaries and the testator’s fruits of their labour. This case divided the family and made settlement difficult. Parties engaged in mediation but unfortunately did not settle. This case took more than three years to be finally determined and has been a difficult and expensive road for Ian Parsonage and his family.’

Dealing with the media: ‘The media have been positive but the public have commented that lawyers are the winners in these sorts of case. As lawyers we act in the client’s best interests, advising them of the risks of litigation and costs involved. Ultimately the client provides us with the instructions and how to proceed.’

Why become a lawyer? ‘To fight for fairness and equality, and help people solve their problems through litigation or mediation.’

Career high: ‘Client satisfaction after the conclusion of cases. You feel the client’s sense of relief that the dispute is over and they don’t have to worry about the costs of litigation and the outcome.’

Career low: ‘Advising clients to settle because they were not in a position to fund the litigation to trial, where otherwise they had good prospects of success. Unfortunately, litigation is expensive. While we can work to fixed fees or in some instances on conditional fee agreements, in some circumstances this is not possible, leaving the most vulnerable people in society subject to injustice.’