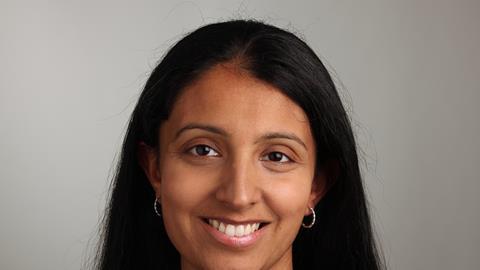 Lawyer in the news: Jasveer Randhawa

Who? Jasveer Randhawa, of counsel and a solicitor-advocate at Herbert Smith Freehills, London.

Why is she in the news? Represented the Child Poverty Action Group (CPAG) in the charity’s intervention in a Supreme Court case, Siobhan McLaughlin for Judicial Review (Northern Ireland). This established that limiting the receipt of Widowed Parent’s Allowance to married parents is incompatible with human rights legislation.

Thoughts on the case: ‘This case, which places the needs and welfare of children above all else, is an important victory for CPAG as well as the individual claimant and the other charities who intervened, National Children’s Bureau/Childhood Bereavement Network. Our team (led by Andrew Lidbetter and assisted by Mark Smyth, who instructed pro bono counsel Helen Mountfield QC and Tom Royston) were delighted to be able to assist with this intervention on a pro bono basis. Being involved in the first Supreme Court case to be heard in Northern Ireland was an added bonus. Hopefully the declaration of incompatibility will now lead to changes that benefit significant numbers of children. This case is part of wider work being done by CPAG’s legal team, led by Carla Clarke, to ensure that children’s rights are recognised and upheld within the benefits system.’

Why become a lawyer? ‘I was only eight when I decided to become a lawyer. As time went on I realised it suited my strengths and my personality type (a bookworm, risk-averse and never willing to lose an argument!). It was the interaction between the power of the state and individuals or organisations subject to that power that really interested me, hence my specialism in public and regulatory law.’

Career high: ‘One that particularly sticks in my mind is working on the Al Rawi case relating to closed material procedures in 2011, also on a pro bono basis. The case engaged the most fundamental principles of open justice and fairness.’

Career low: ‘Every lawyer will have their horror stories of difficult cases or mistakes they wish they hadn’t made, but I think the hardest challenge throughout has been balancing my career with raising a family. It’s unfortunately something that many women in the field will identify with, although great progress has been made since I was a trainee.’