The justice secretary has indicated that he will press on with ‘far-reaching’ legal aid cuts, ignoring pleas from MPs, peers and the Law Society to delay them to enable parliamentary scrutiny.

The Joint Committee on Human Rights, chaired by Labour MP Hywel Francis, last month opened an inquiry into the implications for access to justice of some of the government’s legal aid reforms.

It will look at the human rights issues raised by proposals to introduce a residence test for civil legal aid; restrict the scope of public funding available to prisoners; limit funding for judicial review to cases where permission is granted; and to remove legal aid from all cases assessed as having ‘borderline’ prospects of success.

Written evidence is sought by 27 September and the committee will then hold public hearings in October, before reporting to both houses of parliament.

Francis wrote to Chris Grayling asking that the government does not bring forward any measures to give effect to the proposals until the committee has had an opportunity to report.

Francis told Grayling: ‘The proposals raise some human rights issues of fundamental significance for the right of access to justice and the rule of law.’

He suggested it would be ‘inappropriate’ to introduce such ‘far-reaching’ changes without first affording parliament the opportunity to subject them to ‘thorough pre-legislative scrutiny’.

Francis requested details of the government’s assessment of the compatibility of its proposals will all relevant human rights standards, including Articles 6 (1) and 14 of the European Convention on Human Rights and the common law rights of access to court and effective access to justice, as well as an equality impact assessment.

A letter to Grayling signed by representatives from 52 charity, practitioner, religious and campaign groups, including the Law Society, also requested that the government’s final decisions on its legal aid reform programme be delayed until after the committee has reported.

But, responding in a letter to the Law Society president Nick Fluck, Grayling refused to budge, saying ‘it will not be possible to heed’ the request for a delay.

He said: ‘The decision to accelerate the next tranche of legal aid reforms was taken because of the acute need to continue to bear down on the costs of legal aid against a backdrop of continuing pressure on public finances, and to address questions of public confidence in the legal aid system.’ 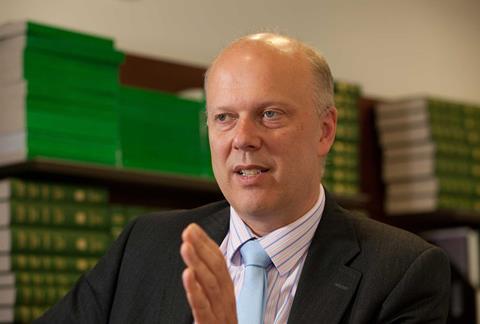 Grayling pledged to work with the JCHR and consider its findings alongside the ‘analysis’ that he said Ministry of Justice officials are undertaking.

Head of legal aid at the Law Society Richard Miller said the Society is ‘disappointed’ that Grayling ‘seems intent on pressing on with partial evidence on which to base his decisions’.

Miller said: ‘The lord chancellor will have to give proper consideration to the outcome of the inquiry of the JCHR and, surely, it would be most straightforward if he were to do that before he issues the response to his own consultation on civil legal aid changes.’

He said it was incumbent upon the government to provide an evidence base which puts the requirement for changes beyond doubt. ‘Our view is that the consultation paper fails to do so,’ said Miller.