A watershed moment for consumer protection

A recent Court of Appeal decision marks a watershed moment for consumer protection in respect of self-invested personal pensions (SIPPs). The court held that SIPP providers can be held liable for losses incurred by consumers who are introduced to investments by unregulated introducers. 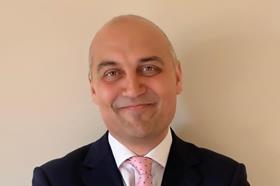 On 1 April 2021, the court handed down its judgment in Adams v Options UK Personal Pensions LLP (Options) [2021] EWCA Civ 474. The facts of the case were that in 2011 the appellant, Mr Adams, was contacted by an unregulated introducer CL&P Brokers (CLP). CLP gave Adams information about the possibility of investing in a company called Store First, which leased storage pods. In 2012, Adams went on to set up a SIPP with Options to hold this investment. After transferring his existing pension into the SIPP, Adams became concerned at the poor performance of the investment and commenced proceedings against Options, seeking damages and to unwind his contract with them.

In the court of first instance, Adams’ case did not succeed. However, he was granted permission to appeal two key grounds of his case. These were his argument that the defendant’s conduct amounted to a breach of the Financial Conduct Authority’s Conduct of Business Sourcebook (COBS 2.1.1R), and his claim under section 27 of the Financial Services and Markets Act 2000 (FSMA 2000). On appeal, Adams’ COBS claim was dismissed, with Newey LJ pointedly noting that the COBS claim advanced by Adams on appeal bore ‘little relation to his particulars of claim’. However, Adams’ claim under section 27 of the FSMA 2000 was upheld.

The key question in determining this was whether the unauthorised third-party introducer, CLP, had in fact advised Adams and arranged the investment. The relevant definitions of advising and arranging are set out, respectively, in articles 53 and 25 of the Financial Services and Markets Act 2000 (Regulated Activities) Order 2001 (the RAO). While the trial judge considered that the unregulated intermediary CLP had neither advised nor arranged the investment, the Court of Appeal disagreed and found that the RAO was triggered.

Turning to the issue of whether or not CLP gave regulated advice, Newey LJ found that ‘CLP’s recommendation that Mr Adams invest in storepods carried with it advice that he transfer out of his Friends Life policy’ and that CLP therefore effectively gave advice on the merits of selling a ‘particular investment which is a security’ and also on buying another.

In assessing whether CLP arranged the transaction, within the meaning of article 26 of the RAO, Newey LJ held that ‘for arrangements to “bring about” a transaction for the purposes of article 26, they must play a role of significance’. Noting that CLP had completed the SIPP application form and collated anti-money laundering documentation, Newey LJ held that the test was met. Therefore, the Court of Appeal concluded that section 27 of FSMA 2000 had been triggered.

Other key considerations underpinning the Court of Appeal’s judgment in favour of Adams included the following:

In agreeing with the judgment of Newey LJ, Lady Justice Andrews noted that, ‘as the unhappy history of the transfers of small personal pensions into SIPPs holding high-risk investments related in that judgment illustrates, the liberalisation of the pension regime in 2006 brought with it fresh opportunities for unscrupulous entities to target the gullible, the greedy or the desperate. There is nothing to prevent a regulated SIPP provider… from accepting instructions from clients recommended to it by an unregulated person, and from doing so on an “execution only” basis. But the basis on which they contract with their clients will only go so far to protect them from liability. If they accept business from the likes of CLP, they run the risk of being exposed to liability under section 27 of the FSMA 2000.’

This important decision fires a clear warning shot across the bows of regulated providers who continue to deal with unregulated entities.

If they cannot ensure the propriety of these entities and their activities, then the regulated entity can expect to be held liable for losses which their clients incur as a result.