Many readers will be aware that the Supreme Court recently handed down its decision in the case of The Financial Conduct Authority v Arch and Others [2021] UKSC 1. The decision is highly relevant to many businesses affected by Covid-19.

For those that are not aware, the Arch case was a test case brought initially in the High Court by the Financial Conduct Authority (FCA), and then subject to a ‘leapfrog appeal' to the Supreme Court. The case was pursued by the FCA to determine whether certain 'business interruption' insurance policies, with various insurers, provided cover where the reason for the business interruption was Covid-19.

This article does not seek to cover that case in any detail, there is already a plethora of such analysis elsewhere. This article seeks to provide practical assistance, particularly to small businesses.

The Arch case is, on the whole, good news for small businesses, and opens the door to cover and claims in many cases (although, of course, each case is subject to its individual facts and the specific policy at play). 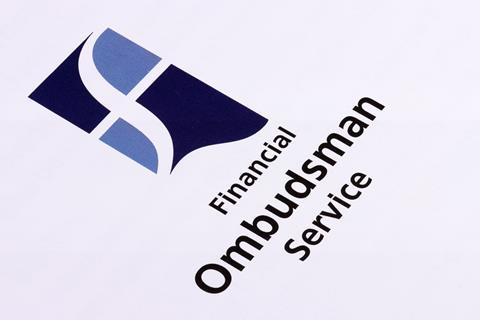 The FOS, for those who may not know, is intended to be a cheaper, speedier and informal alternative route to the courts. For those who utilise the FOS, it is free to use, you do not have to use a lawyer (although, of course, you can choose to) and there is no adverse costs risk, unlike in litigation where the general rule is that the loser has to pay the winner’s costs.

(a) is not a micro-enterprise;

(b) has an annual turnover of less than £6.5 million (or its equivalent in any other currency); and

(i) employs fewer than 50 persons; or

(ii) has a balance sheet total of less than £5 million (or its equivalent in any other currency),

and in determining whether these criteria are met articles 3 to 6 of the Annex to the Micro-enterprise Recommendation must be applied'.

Articles 3 to 6 of the Annex to the Micro-enterprise Recommendation which are referred to are somewhat lengthy, therefore I do not cite them here, however businesses should familiarise themselves with and apply these provisions when considering whether their business is a small business.

The FOS’ website approximates that about 99% of small businesses are now eligible to use its services.

Micro-enterprises (being businesses that employ less than 10 people and have a turnover less than €2 million) are also eligible to use the FOS in their own right. Again, Articles 3 to 6 of the Annex to the Micro-enterprise Recommendation should be applied when deciding whether a business is a micro-enterprise.

Many will be unfamiliar with the FOS process, so I give a brief overview below.

The first step is making your complaint. You do not strictly have to confirm that you are making a complaint; so long as it is clear that you are dissatisfied, the financial services firm that you are complaining to (‘the Respondent’) ought to treat the matter as a complaint under the DISP provisions of the FCA Handbook. Having said that, for the avoidance of any doubt, and to avoid any dispute further down the line, it is nonetheless wise to make clear from the outset that you are complaining and that you wish for the complaint to be dealt with under the DISP provisions of the FCA Handbook.

Once your complaint has been made, the business has 8 weeks to respond from the date of receipt of the complaint; this response is sometimes referred to as a 'Final Response Letter' or 'FRL' within the financial services industry.

Upon expiration of the eight-week period, or following receipt of the business’ final response, you may refer your complaint on to the FOS. You can complain to the FOS in one of the following ways:

It is important that you bear in mind that any complaint has to be brought within 6 months of receipt of the Respondent’s final response. If you don’t, the FOS won’t be able to consider your complaint. There are limited exceptions whereby complaints may be considered outside this period, but these very rarely apply and it is not an argument worth having, especially as failing to comply with time limits could well kill the FOS route entirely for you. Additionally, there are other time limits which should be considered and businesses can find more information about these on the FOS website or within the DISP provisions of the FCA Handbook.

Once the FOS has received your complaint, it will eventually allocate a case handler to investigate your complaint. The FOS will normally liaise with both parties to learn more about the matter and allow them to make submissions. The case handler will then make a decision. Sometimes the case handler may make multiple decisions.

Once the case handler has reached a final view, if you are unhappy with the result, you can effectively appeal and ask for an Ombudsman to give a final decision. The process is then likely to be similar to the case handler stage, where the FOS liaises further with the parties and additional evidence or submissions may be given. An Ombudsman then will eventually make a final decision, although they may make one or more provisional decisions beforehand.

All-in-all, the process is very straightforward and an excellent alternative for businesses to resolve business interruption disputes.

Tobias Haynes is a litigation solicitor at Martin Kaye