The Criminal Finances Act 2017 received royal assent on 27 April. It represents a radical overhaul of the Proceeds of Crime Act 2002 (POCA) anti-money laundering and confiscation regime. Notably, the act also creates a new offence that is relevant to solicitors and other professionals providing any form of tax advice. The main provisions are summarised below and will take effect when commencement regulations are announced.

In the aftermath of the Panama Papers scandal the government gave law enforcement agencies new powers to seize suspected criminal property without bringing a prosecution. Two groups of individuals – politically exposed persons (PEPs) or those involved or associated with serious crime can be made subject to an unexplained wealth order (UWO). 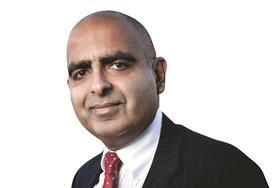 In the case of PEPs, no proof of a link to criminal behaviour is required. Orders for disclosure of the nature and extent of their interest in property and an explanation as to how they obtained it can be made by the High Court where there are reasonable grounds for suspecting that a person holds assets disproportionate to their known income. Failing to comply with an order can mean that the property is deemed to be ‘recoverable’ for the purposes of the civil recovery provisions of part 5 of POCA.

Knowing or recklessly providing a false or misleading response is a criminal offence which carries a maximum two-year prison sentence. Amending the original proposals, the House of Lords lowered the threshold so that a UWO can be made with property valued at £50,000 rather than £100,000. Where it can be shown that any party has suffered loss as a result of serious default on the part of the enforcement authority applying for the UWO after an interim freezing order is made, compensation may be available (new sections 362A-T of POCA inserted).

Powers to order disclosure of relevant information or documents in a confiscation or Serious Fraud Office investigation are now extended to money laundering enquiries (section 357 of POCA amended).

Where the National Crime Agency (NCA) refuses consent following a SAR-authorised disclosure by a bank or other regulated body, the 31-day ‘moratorium period’ can be extended by a court in up to 31-day periods to a maximum additional 186 days. This will allow more time for law enforcement agencies to conduct their enquiries (sections 335 and 336 of POCA amended).

The act also provides a legal gateway for regulated bodies to share information where suspicions of money laundering arise and the NCA is notified (new sections 339Z-B of POCA inserted). NCA officers have new powers to apply to the magistrates’ court for ‘further information orders’ from regulated persons following a SAR. Client confidentiality will not be breached on compliance but legal professional privilege applies (new sections 339ZH-ZK of POCA inserted).

Forfeiture of moveable objects and bank and building society accounts

Precious metals, stones, watches, artistic works, face-value vouchers and postage stamps that can be used to move value across international borders are designated as ‘listed assets’ and are the subject of new civil powers similar to the cash seizure and forfeiture scheme of chapter 3 of part 5 of POCA.

Where there is a reasonable suspicion that such property constitutes the proceeds of crime or that it will be used in unlawful conduct, new powers to search, seize and apply for forfeiture apply (new sections 303B-Z inserted). Similar powers allow for the freezing and forfeiture of monies in bank and building society accounts on application to a magistrates’ court subject to a minimum balance of £1,000 (new sections 303Z1-Z19 inserted).

The Financial Conduct Authority and HM Revenue & Customs are given powers to bring part 5 of POCA civil recovery (non-conviction-based asset forfeiture) proceedings in the High Court in addition to the NCA, SFO and Crown Prosecution Service.

The government has oft-pronounced its intention to target the facilitators and enablers of tax evasion. This new offence is directed at holding companies to account for the actions of their employees in facilitating tax evasion or assisting customers to evade tax. Only a relevant body – a legal entity such as a company or partnership (wherever incorporated or organised) – can commit the offence, not an individual.

Two new failure-to-prevent offences apply – failure to prevent facilitation of domestic tax evasion and failure to prevent facilitation of foreign tax evasion. Where a person ‘associated with’ a relevant body commits a foreign or UK tax facilitation evasion offence, the relevant body will be vicariously liable. An ‘associated person’ is broadly defined to include an employee, agent or any other person performing services on behalf of the relevant body. Any prosecution requires the consent of the director of public prosecutions or director of the SFO. Potential fines are unlimited.

The section 45 facilitation offence is founded on tax evasion crimes such as cheating HMRC or other fraudulent evasion offences. Strict liability offences are excluded. Dishonest intent for the underlying offence as well as dishonest facilitation must be proved. According to the explanatory notes accompanying the bill, aggressive avoidance falling short of evasion or inadvertent or negligent facilitation is not criminalised. In practice, evidence of dishonesty could include concealment, misrepresentation, non-disclosure or even recklessness in the form of turning a blind eye to wrongdoing.

The section 46 offence criminalises non-UK tax evasion by a UK company. It applies where the relevant body has a nexus with the UK, the conduct concerned amounts to an offence where the tax is levied and a dual criminality test is satisfied. Whether the HMRC should have the power to bring a prosecution in the UK for tax evasion in a foreign jurisdiction is a topic of debate.

Modelled on section 7(2) of the Bribery Act 2010, the act provides for a defence where at the time of the offence the relevant body has in force ‘reasonable prevention procedures’. HMRC draft guidance is available and states that: ‘If a relevant body can demonstrate that it has put in place a system of reasonable prevention procedures that identifies and mitigates its tax evasion facilitation risks, then prosecution is unlikely as it will be able to raise a defence.’

Much controversy has arisen over the new tax offences. Traditionally, to hold a company liable for the illegal acts of directors, employees or agents it was necessary to show that the individuals responsible represented its ‘directing mind or will’. This approach was criticised for making it too difficult to prosecute companies, particularly large or medium-sized ventures where the directors are some distance removed from the day-to-day actions of employees. In the words of one academic, this identification doctrine ‘works best in cases where it is needed least (i.e. small businesses) and works least where it is needed most’.

In expanding the scope of criminal liability for companies accused of facilitating tax evasion, many observers believe that the government has swung the pendulum too far the other way. Rather than focusing on attributing the criminal act to the company, the offences focus on and criminalise the company’s failure to prevent those who act for or on its behalf from facilitating tax evasion. Because the act is broadly drafted it is capable of wide application. It has the potential to criminalise inadvertent facilitation in cases where senior management were unaware of and uninvolved in any criminal conduct by employees. Liability also arises even where no benefit has accrued to the company.

Time will tell if the HMRC has the resources to prosecute such cases successfully. What is clear is that the ‘failure to prevent’ model employed here and in the Bribery Act 2010 appears to the preferred choice of government in its efforts to re-frame the law on corporate criminal liability to meet the political imperative of corporate accountability. In March, a Ministry of Justice consultation on proposals for a new corporate liability offence for economic crime came to a close. It should come as no surprise to practitioners if the legislation proposed for this new offence, expected to be announced in the autumn, adopts a similar format. If so, companies will have an even greater incentive to ensure that their compliance procedures adequately address any risk of exposure to economic crime by their employees.