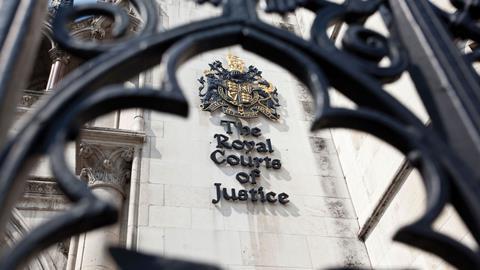 The courts have tackled the issue of compensation for criminal injuries inflicted before birth.

His mother had been abused by her father and in about 1991 he pleaded guilty to four counts of incest. DNA tests showed that Y’s grandfather was in fact also his father, and that he was also the father of Y’s sibling born in 1990. Y’s mother had been awarded compensation in her own right in respect of the assaults on her by her own father.

Y was born with a genetic disorder or disorders described as ‘a recessive syndrome with learning and joint problems’. Medical evidence showed that there was a 50% chance of such problems appearing in those who were born of an incestuous relationship, compared with a 2% or 3% chance in the general population.

In 2012 a claim was made for compensation for Y to the authority under the 2008 scheme, which refused to make an award on the basis that Y had not been injured in a crime of violence and that his congenital condition was a result of the relationship between his parents and not of the assault itself.

This decision was maintained on review and so in 2013 the applicant appealed to the First-tier Tribunal, which confirmed the decision of the authority in 2014. The tribunal drew on a decision of Lord Osborne in the Scottish Outer House in Session – Millar (Curator Bonis to AP) v CICB 197, SLT 1180 dated 13 November 1996. That case decided that a genetic disorder arising as a result of the consanguinity of the parents could not be a personal injury within the then 1969 CICA scheme.

Consequently, there was no uninjured state in which Y could exist without the genetic disorder from which he suffered. Lord Osborne himself had drawn on the reasoning in the case of McKay v Essex Area Health Authority [1982] 1QB 1166.

The applicant applied to the Upper Tribunal for judicial review. However, proceedings were stayed pending the decision of the Court of Appeal in CP v First-tier Tribunal and Criminal Injuries Compensation Authority [2014] EWCA Civ 1554.

This was another CICA application, where the applicant’s mother consumed grossly excessive quantities of alcohol during her pregnancy as a direct result of which CP was born with foetal alcohol spectrum disorder. The First-tier Tribunal decided that CP was entitled to a criminal injuries compensation award on the basis that the mother had committed an offence contrary to section 23 of the Offences Against the Person Act 1861, which required administration of a destructive etc. thing ‘to another person’.

On judicial review of that decision in the Upper Tribunal [2013] UKUT 638 (AAC), Judge Levenson decided that the foetus could not be ‘another person’ before birth and that the section 23 offence could not have been committed. There was no ‘crime of violence’ under the terms of the CICA scheme. The Court of Appeal agreed with this analysis and the Supreme Court refused to grant permission to appeal.

The present application for judicial review came before Levenson J in the Upper Tribunal in January 2016. He commented that the decision in Millar came from the Outer House of the Scottish Court of Session, which was not binding on the Upper Tribunal. He also considered the terms of the 2008 scheme. In the present case, it was not disputed that there had been a crime of violence (which had been the dispute in the foetal alcohol cases).

The issue was whether the applicant had sustained personal injury directly attributable to a crime of violence. On this point, Levenson J said that if Y had been attacked as a very small baby, perhaps with blows to the head, it might well be that such an attack could have caused injuries with similar effects to some of the manifestations of his genetic disorder.

Then there would have been no choice but to try to quantify the amount of compensation within the provisions of the scheme. The First-tier Tribunal had already acknowledged that the 2008 scheme was not to be interpreted according to common law principles as it was expressly required that compensation was to be determined in accordance with the scheme.

Consequently, the fact that Y’s claim would not be recognised at common law did not of itself exclude his claim from the terms of the scheme. On that issue, Levenson J referred to the case of Rust-Andrews v First-tier Tribunal [2011] EWCA Civ 1548.

In relation to the issue of quantification, Levenson J said that under the 2008 scheme compensation could be paid in accordance with the scheme to a person who has sustained a criminal injury. The question of whether an applicant had sustained a personal injury was a logically and chronologically prior question and was not to be determined by a premature assessment of whether compensation could be calculated.

The scheme was intended to be a practical self-contained workable pragmatic scheme to compensate victims of crimes of violence. The 2008 scheme provided that compensation be payable to ‘an applicant’.

Consequently, the application for judicial review would succeed and the matter would be referred to the authority for further consideration of the claim and on the basis that (as agreed between the parties) Y sustained a criminal injury and was a victim of a crime of violence and that his condition resulted from the incestuous relationship between his mother and her own father.

The CICA have now obtained permission to appeal to the Court of Appeal.