Many employees may feel that while their work contribution goes well beyond the call of duty, their pay fails to reflect this. However, what of a public sector manager who purports to obtain redress by determining his own pay in ‘enormous amounts’? This would at least be expected to trigger red warning lights on the dashboards both of the manager in question and others responsible for proper stewardship of organisational resources. 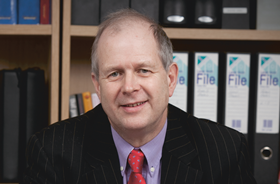 When this failed to happen in respect of Copland School in the London Borough of Brent, it resulted in High Court findings of breach of fiduciary duty in respect of the headmaster (Alan Davies) and two ex-governors. Judgment in Brent LBC v Davies and others [2018] EWHC 2214 (Ch) was handed down by Zacaroli J in the Chancery Division on 16 August 2018.

As the court explained, Copland was a foundation school, funded primarily by Brent as local education authority, through a delegated budget under the School Standards and Framework Act 1998 (SSFA). Under section 49(5) of SSFA, amounts made available by an authority to a maintained school governing body remain the property of the authority until spent by the governing body or headteacher. When so spent, the monies shall be taken to have been spent as the authority’s agent. The overpayments in this case consisted of payments over and above the staff members’ basic salaries, purportedly justified as bonus payments or payments for additional responsibilities undertaken. Overpayments amounted to £2,707,391. In October the court ruled that Davies would have to repay £1,395,839.

In the mid-1980s the school had been earmarked for closure and had been placed into ‘monitoring’ by Ofsted’s predecessors. However, following Davies’ appointment as headmaster in March 1988, educational standards improved. Despite some ‘negative views’, the court found ‘on the weight of the evidence that Mr Davies was a highly respected leader at the school’.

Nevertheless, school buildings were in a state of serious neglect. There were also too many students for the premises. Consequently, a new school development project (NSD) emerged in around 2000. The court noted that many of the overpayments were purportedly justified by reference either to the amount of additional duties undertaken in relation to the NSD, or as bonuses for reasons including NSD work.

Zacaroli J said that the sole focus of the case was the recovery of allegedly unlawful payments to the first four defendants, and 11 other members of teaching and non-teaching staff over a six-year period from April 2003 to April 2009 (‘overpayments’).

Most of the overpayments were not permitted under applicable provisions. These included the authority’s financial regulations and the fact that under statutory order the headteacher’s remuneration was not allowed to exceed the relevant school range maximum. The judge said that a ‘telling point in Mr Davies’ evidence’ was that he knew that once a teacher reached the highest point on the pay spine, the teacher could not be awarded any greater salary. The court found that there had been no delegation to Dr Patel and Mr Day (respectively chair from October 2005 and vice-chair from 2006 of the governing body (GB)), whether from the GB or its pay review committee, to grant various pay increases.

Zacaroli J said that whether or not a fiduciary duty is owed is fact-sensitive. He noted from caselaw ‘growing judicial support’ for the following two propositions:

The court considered that under section 49(5) (noted above), both the GB and headmaster were exercising dominion over property belonging to the authority as claimant. In so doing they had considerable autonomy from the claimant. This consequently reflected ‘the paradigm circumstances in which equity will find a fiduciary relationship’. The GB was unaware that Davies was a decision-maker in respect of his own pay. The court found that it was Davies who was the substantive decision-maker as to who should receive payment and in what amount. Patel and Day had deferred wholly to Davies as to whether the payments were justified by reference to work done or bonus earned. Davies’ conduct therefore constituted a breach of fiduciary duty.

However, Patel and Day had also breached fiduciary duty in approving payments made from May 2007 onwards. They had been at least recklessly indifferent to whether those payments were justified as being in the interests of the school and they had made no attempt to challenge Davies or make any enquiries to satisfy themselves as to the propriety of the payments. There had certainly been no delegation from the GB to Davies, and Patel and Day had no right to confer power on Davies to make decisions on his own pay. Breach of fiduciary duty was consequently found against Davies, Patel and Day. In February the Court of Appeal refused Davies permission to appeal the repayment order.

Those responsible for handling the property of others need to take particular care, especially where public monies are involved. Subjective feelings of just deserts for exceptional effort are no foundation for unauthorised and irregular self-awarded payments.