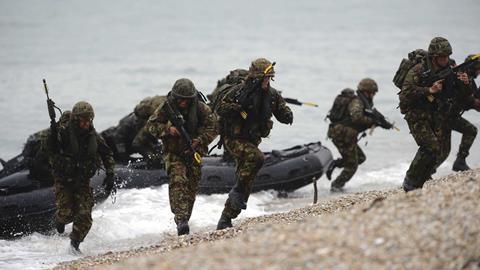 Spencer Vaughan was a Royal Marine taking part in an adventure training exercise in Gran Canaria. On the last day of the trip, his supervisor, Corporal Sanders told Spencer and his colleagues that they were free to do what they wanted until about 1.30pm. While visiting a tourist beach, Vaughan executed a shallow dive into the sea. At trial, he said that he had struck a sand bar. As a result he sustained a fracture of the cervical spine, which resulted in incomplete tetraplegia.

the accident, what was the extent to which the claimant was contributorily negligent?

The claimant’s case was that the MoD owed him a duty of care by virtue of section 2 of the Crown Proceedings Act 1947. There was no doubt that this proposition was correct. However, that duty could not be greater than the duty that would be owed by an employer. It would only cover the performance of the ‘work’ done by the claimant and anything reasonably incidental to that ‘work’.

The fact that a Royal Marine was required to be physically fit could mean that whenever a marine undertook exercise he was acting in the course of his ‘employment’. Nonetheless, it was the judge’s conclusion that the claimant and his colleagues did not go to the beach with the intention of engaging in physical exercise.

That was not the end of the matter. The claimant’s supervisor, Corporal Sanders, said that he was under a general duty as the senior member of the crew to take reasonable care for the safety of the claimant and his colleagues. Reference was made to the case of Ministry of Defence v Radclyffe [2009] EWCA Civ 635, where a serving soldier suffered injury in the course of off-duty swimming in the intervals between organised adventure training. However, he had been pressured by his senior officer to jump 65 feet from a bridge into a lake and he succeeded in his claim, subject to a deduction for contributory negligence.

In this case Corporal Sanders was not present at the beach. Even if he had been there, Davis J was certain that the marines would not have asked his permission to go into the sea or to execute a shallow surface dive.

Davis J now came to the issue of breach of duty. There had been significant criticism of the risk assessment of the training exercise on which he was engaged. This was on the basis that the risks in relation to on-shore activities were not assessed. Davis J said that risk assessment could not conceivably form part of Corporal Sanders’s duty of care in relation to the on-shore activities of the marines outside the course of their ‘employment’. It was said by the claimant’s military expert that Corporal Sanders ought to have visited the beach and made checks. Davis J disagreed. This would have been to impose a requirement far in excess of that required of Corporal Sanders even if this had been an ‘employment’ situation. Moreover, there was no evidence that these steps would have made any difference.

Reference was made to another ‘diving’ case, Tomlinson v Congleton Borough Council [2004] 1 AC 46. An 18-year-old youth had dived into a lake occupied by the local authority, as a result of which he struck his head on the sandy bottom and broke his neck. The finding of the judge at first instance was that there was an obvious risk of injury from diving into a lake where the water was shallow. In this case, Vaughan said in evidence that he knew at the time of his accident that there was a risk of injury if one dived into shallow water. That must lead to a similar finding in his case.

In Tomlinson, Lord Hoffmann in the House of Lords had said that a duty to protect against obvious risks or self-inflicted harm existed only in cases in which there was no genuine and informed choice, or in the case of employees, or some lack of capacity, such as the inability of children to recognise danger. Applying that principle to the facts of this case led inevitably to the result that there was no breach of duty. The claimant had a genuine and informed choice as to how he entered the sea. He was not acting in the course of his ‘employment’ nor was he subject to any lack of capacity. In relation to contributory negligence, Davis J said that the claimant made what was a momentary and minor misjudgement. It would be harsh to say that in doing so he was careless of his own safety. The claim would be dismissed.