After years of limited focus on ‘excessive pricing’, in December 2016 the Competition and Markets Authority (CMA) took one decision finding that such an abuse of dominance had occurred, and issued a statement of objections in another case. Does this reflect a broad policy shift, or a reaction to specific cases of perceived opportunistic behaviour?

On 7 December 2016, the CMA fined Pfizer and Flynn Pharma £84.2m and £5.2m respectively for charging excessive and unfair prices for phenytoin sodium capsules. The companies were also ordered to reduce their prices. Both have appealed. 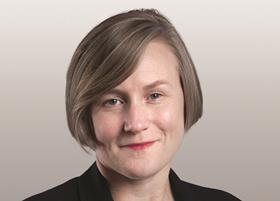 Before September 2012 Pfizer sold the capsules under the brand Epanutin. Because the capsules were branded, the price at which Pfizer sold was regulated under the Pharmaceutical Price Regulation Scheme (PPRS). In September 2012, Flynn Pharma acquired the UK distribution rights to Epanutin from Pfizer, and proceeded to debrand the product, taking it outside the PPRS. Having deregulated the prices, Flynn began to supply phenytoin sodium capsules at prices that were 2,300% to 2,600% higher than Pfizer’s pre-September 2012 prices. Pfizer’s prices (to Flynn Pharma) were linked to Flynn Pharma’s. As result, they increased to levels between 780% and 1,600% above its previous price to pharmacies.

In concluding that these increases were excessive, and amounted to an abuse of dominance by Pfizer and Flynn Pharma respectively, the CMA highlighted a number of key facts. First, the phenytoin sodium capsules had been on the market for many years and there had not been recent significant investment in, or development work relating to, the product. Pfizer had taken the position that, because Epanutin was loss-making before September 2012, the prices had to increase. However, the magnitude of the increase was such that the CMA dismissed that argument, noting that the losses would have been recovered in a matter of months.

In addition, in December 2016 the CMA issued a statement of objections alleging that Actavis’ (formerly Auden Mckenzie) pricing for hydrocortisone tablets after it acquired and debranded the drugs was excessive and unfair. The CMA alleges that the price of 10mg packs rose by over 12,000% between April 2008 and March 2016, and for 20mg tablets by almost 9,500% over that period. A related statement of objections was issued in March 2017 alleging that Auden Mckenzie (as it was) had entered into agreements under which Concordia was incentivised not to enter the market with its own competing hydrocortisone tablets (rather, Auden Mckenzie supplied Concordia at an allegedly very low price).

The CMA’s decision against Pfizer and Flynn Pharma followed the Italian Competition Authority’s (ICA) Aspen Pharma decision on 29 September 2016, relating to the exclusive commercialisation (and trademark) rights that Aspen Pharma acquired to five GSK oncology drugs in 2009. The ICA’s €5.2m fine related to price increases of between 300% and 1,500% for the drugs. Aspen Pharma sought to have the drugs reclassified such that it could freely set prices (with costs borne by patients), rather than be reimbursed. When the Italian Medicines Agency (AIFA) refused to reclassify the drugs, Aspen Pharma demanded a significant increase in the prices and threatened to reduce or terminate supply to Italy if AIFA refused.

Historically the CMA and other European competition authorities appear to have been reticent to launch investigations of alleged abuse of dominance through excessive pricing in the pharma sector.

Subsequently, on 15 May 2017, the European Commission announced that it was opening an investigation into Aspen Pharma’s potential excessive pricing of ‘niche medicines’ and active ingredients used to treat various cancers. This is not surprising, given the comments commissioner Vestager made in November 2016 and March 2017 about potential investigations of excessive pricing, and the indications that both the CMA and Spain’s National Authority for Markets and Competition were both considering Aspen’s pricing practices.

Historically the CMA and other European competition authorities appear to have been reticent to launch investigations of alleged abuse of dominance through excessive pricing in the pharma sector (as we saw in relation to certain hepatitis C drugs in 2014 and 2015). Given the difficulty inherent in determining the appropriate price for innovative new drugs, the not insignificant bargaining power of national health authorities (and other payers), and the pricing regimes in place in the member states, that is not enormously surprising.

That said, it is not clear that there has been a shift in policy in relation to new and innovative drugs. There are a number of common features of the cases to date:

The most significant development from these cases might ultimately be the approaches taken to market definition – the markets were defined by reference to the ATC5 or molecular classification and the mode of administration (e.g. tablets) – in order to find dominance. Adoption of that approach in other behavioural cases would have serious ramifications for the industry.

Miranda Cole is a competition partner at Covington in London.