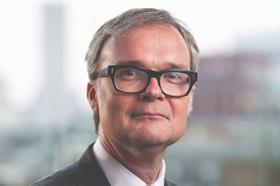 Over time, additional zones will be created, although as at November 2019 FRCs had been established in the following regions: London, West Midlands, East Midlands, South East Wales, Mid and West Wales, Cheshire and Merseyside, Humberside and South Yorkshire, Cleveland, Newcastle and Durham, North and West Yorkshire, and Kent, Surrey and Sussex. The Overall Structure document lists the courts included in each of the above zones.

The Good Practice Protocol sets out some important developments in respect of best practice. The most significant are:

a) In the vast majority of cases, questionnaires served in accordance with Family Procedure Rules 2010, r9.14(5)(c) should not exceed four pages of A4. FCR judges should be aware of the guidance and generally not approve questionnaires in excess of that length. It is, however, recognised that there are exceptional cases where complexity, combined with a reluctant discloser, will justify a different approach.

b) Position statements (including attached schedules) should not exceed the following lengths: five pages for a first appointment; 10 pages for a financial dispute resolution (FDR); 15 pages for a final hearing. They should be lodged with the court and/or sent by email to the allocated judge by 2pm on the working day before the hearing, or by 11am if submitted in hard copy. They should also be served on the other party’s legal representatives.

c) Opposing advocates should work together to produce a single (if possible agreed) asset schedule.

d) Where one or both parties have legal representation, it will be the norm for FRC judges to expect orders to be agreed before the parties leave the court building. In any event, orders should be drafted and lodged there or then or, if that is not practical, within two working days of the hearing.

e) Acknowledging the wellbeing of advocates, hearings should not take place before 10am and the court day should end between 4pm and 4.30pm. There shall not be an expectation that any emails sent after 6pm to another practitioner will be answered before 8.30am the following working day. Sending emails between those times is discouraged. An exception to that rule is where email correspondence between those hours would lead to a reasonable prospect of a settlement being reached or the issues in dispute being significantly reduced.

f) FRCs will endeavour to adopt environmentally friendly processes. For example, where possible, parties will be encouraged to conduct hearings on a paperless basis.

g) FRC judges will be mindful of opportunities for the parties to reach a settlement by whatever means as suited. Specific mention is made of arbitration, mediation, private FDRs and The Divorce Surgery.

h) Where a case has been referred to an out-of-court settlement mechanism, it shall not ordinarily be given further court time, save for a short directions appointment which may be vacated by consent in the event an agreement is reached. Where a private FDR has taken place and has been unsuccessful, the FRC judge will wish to be satisfied that a thorough FDR exercise has taken place. The parties should provide a written explanation to that judge of what has happened, although such explanation should not include reference to any without-prejudice positions.

Each FRC zone will operate an allocation procedure. Parties are encouraged to file an allocation questionnaire at the time of filing an application for financial remedy. The form of questionnaire is exhibited in the Good Practice Protocol. The questionnaire will require information to be provided in respect of the following issues:

a) The hearing centre to which the financial remedy proceedings are to be transferred.

b) The asset base.

c) Whether particular issues of complexity arise – a specific list is set out in the questionnaire. Examples include: the need for expert accountancy evidence; substantial arguments about non-matrimonial assets; non-disclosure; pre-nups or post-nups; disputed arguments about ‘obvious and gross’ conduct; illiquidity issues.

Where directions are agreed between the parties and if certain criteria are met, a joint application may be made to the court for the first appointment to be dealt with on paper and without the requirement for the parties to attend. Such a process has been in place at the Central Family Court since 2014. The procedure is set out in detail in the fourth schedule to the Good Practice Protocol. Key points include the following:

a) All of the required documents, including an agreed draft directions order, are filed with the court by email at least 14 days before the first appointment.

b) It is expected that a correctly filed application will be considered by a district judge and a response given by email at least seven days before the first appointment. If the request is declined, the district judge will ordinarily only give short reasons for declining to approve the order.

c) Any questionnaire sought to be answered must not exceed four pages.

d) The procedure cannot be used where the parties wish to dispense with an FDR. The procedure will however accommodate a request to refer the matter for a private FDR.

e) Specific details are set out regarding how FDR hearings are to be listed.

Andrew Newbury is a partner at Hall Brown Family Law