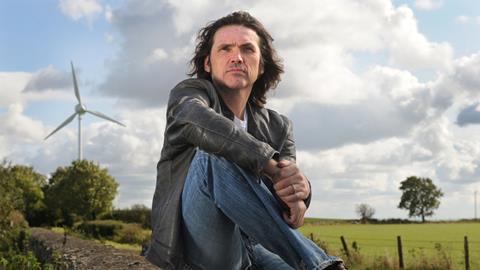 Despite the highly unusual facts of Wyatt v Vince [2015] UKSC 14, the Supreme Court’s decision on 11 March to allow Ms Wyatt to proceed with her financial remedy application has attracted a great deal of comment. The Supreme Court unanimously allowed the wife’s appeal. Lord Wilson gave the leading judgment.

The key issues in the judgment considered here are:

The facts of the case were described by Lord Wilson as ‘highly unusual’. The parties married in 1981 and had one son. Ms Wyatt’s daughter from a previous relationship was also treated as a child of the marriage. They separated in 1984. Neither had any money and they lived at times as new age travellers.

The parties divorced in October 1992. As the court file had been mislaid, it was unknown whether a final financial order had been made. Lord Wilson agreed with the Court of Appeal’s assumption that it was likely that there was no such order. After the divorce, in the late 1990s, Mr Vince’s green energy business took off. He became a man of great wealth.

In 2011, Ms Wyatt brought an application for financial remedy. Mr Vince (pictured) applied for it to be struck out under the then new rule 4.4 of the Family Procedure Rules 2010. In December 2012, a deputy High Court judge dismissed Mr Vince’s strike-out application; however, Mr Vince appealed successfully to the Court of Appeal, who struck out Ms Wyatt’s application.

The family courts’ power to strike out was introduced by rule 4.4 of the FPR 2010. No previous power existed under preceding sets of rules. The power enables the court to strike out a statement of case if it discloses ‘no reasonable grounds for bringing or defending the application’, or ‘the statement of case is an abuse of the court’s process or is otherwise likely to obstruct the just disposal of the proceedings’. The words mirror those contained in rule 3.4 of the Civil Procedure Rules 1998.

Lord Wilson noted that a ‘statement of case’ in financial remedy proceedings is effectively the Form A, which never discloses the grounds of the application. The phrase ‘statement of case’ should therefore refer to Form E as well as to Form A itself.

The focus in a strike-out application should be on the terms ‘no reasonable grounds’ and ‘abuse of the court’s process’, which carry the same meaning as in the CPR. By contrast, Lord Wilson emphasised that there is one significant difference between the FPR and the CPR, namely the power to give summary judgment under rule 24.2 of the CPR 1998.

No equivalent power exists within the FPR 2010.

Lord Wilson held that it was wrong for Jackson LJ in the Court of Appeal’s decision to insinuate into the concept of ‘abuse of process’ in rule 4.4 of the FPR 2010 the concept of an application having ‘no real prospect of success’. Lord Wilson opined that the omission within the FPR of a power to strike out an application because it has no real prospect of success was deliberate.

By contrast to a civil application under the CPR, when a spouse applies for financial provision, it is the duty of the court in determining the application to have regard to all the circumstances of the case under section 25(1) of the Matrimonial Causes Act 1973 and, in particular, to the eight matters set out in section 25(2).

Lord Wilson stated: ‘The meticulous duty cast upon family courts by section 25(2) is inconsistent with any summary power to determine that either an ex-wife has no real prospect of successfully prosecuting her claim or that an ex-husband has no real prospect of successfully defending it. Indeed, were the latter conclusion to be appropriate, how should the court proceed to quantify the ex-wife’s claim?’

Lord Wilson added that the three sets of facts contained in paragraph 2.1 of Practice Direction 4A of the FPR 2010 exemplify the limited reach of rule 4.4(1)(a) of the FPR 2010. Those examples are:

(a) Cases which set out no facts indicating what the application is about;

(b) Cases which are incoherent and make no sense; and

(c) Those which contain a coherent set of facts, but those facts, even if true, do not disclose any legally recognisable application against the respondent.

Lord Wilson, however, described paragraph 2.4 of PD 4A of the FPR 2010 as an ‘unhelpful curiosity’. The provision states, ‘a party may believe that…. an opponent’s case has no real prospect of success… because of a point of law… [i]n such a case the party concerned may make an application under rule 4.4’. The provision unhelpfully refers to ‘no real prospect of success’.

Future progress of the wife’s application

Lord Wilson considered the future conduct of the wife’s application in the context of the overriding objective under the Family Procedure Rules.

The family courts have developed specific procedures for the determination of certain types of financial application. An obvious example is the determination of an application on a summons to show cause why the order should not be made in the terms which had been agreed either post-separation (Dean v Dean [1978] Fam 161), or prior to the marriage in a prenuptial agreement (Crossley v Crossley [2007] EWCA Civ 1491, [2008] 1 FLR 1467).

Similarly, where a spouse attempts to reject an award made following on from the arbitration procedure, that should also be subject to the show-cause process (S v S (Arbitral Award: Approval) Practice Note [2014] EWHC 7 (Fam)). Though Lord Wilson emphasised that the present application was not suited to the show-cause procedure, it was suited to ‘tight directions’ pursuant to rule 1.4 of the FPR 2010.

Lord Wilson noted that the wife’s application faced ‘formidable difficulties’, bearing in mind that the period of marital cohabitation subsisted for little more than two years and broke down 31 years ago. The delay in the wife bringing her application was described as ‘inordinate’.

Despite that, Lord Wilson noted that Ms Wyatt had a point which he described as much more powerful. By virtue of section 25(2)(f) of the Matrimonial Causes Act 1973, the court had to have regard to, ‘the contributions which each of the parties has made … to the welfare of the family, including any contribution by looking after the home or caring for the family’.

Those contributions are not limited to those made prior to the separation and the wife therefore strongly relied upon her care of the children post-separation in the absence of any significant financial or other contribution on the part of her husband to the children’s care during those years.

Those factors may justify an award in Ms Wyatt’s favour, albeit in a modest sum.