Late last year there were two significant announcements by president of the Family Division Sir James Munby (pictured) in relation to the practice of financial remedy work. His practice guidance ‘strongly encourages’ the use of standard orders, while the president’s circular announced the piloting of the Financial Remedies Court. 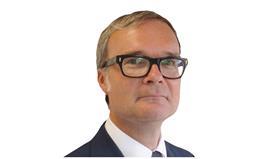 Since 2014 standard family orders have been available online. Their adoption was recommended by the Financial Remedies Working Group in its 2014 report.

Munby states in his guidance that standardised orders should be available to everyone electronically and that this would avoid the need for draft orders being ‘scribbled out in the corridor’ by counsel and solicitors at court.

This should also assist in reducing the time that judges and court staff spend in approving and completing orders. Such standardised orders will also go a long way to assisting individuals (such as mediators and judges) who are faced with a large number of litigants in person who cannot be expected to draft their own orders.

The delay in implementation since 2014 has largely been caused by the lack of modern, up-to-date IT in the courts. Although court IT issues are far from resolved, Munby felt that now was the time for the draft orders to be placed on a more formal footing. His reasoning was to promote national consistency and avoid, as far as possible, ambiguities in the meaning of the wording of an order.

The first tranche of standard orders is available online and is attached to the guidance, which can be found at here. Resolution has circulated information to its members. In terms of their status, the president states: ‘These orders do not have the strict status of forms within part 5 of the FPR 2010 and their use, although strongly to be encouraged, is not mandatory.’

The president also acknowledges that the standard order may be varied by the court or a party if the variation is required by the circumstances of a particular case. Such a variation, when required, will not mean that the departure from a standard order will prevent the order from being valid and binding. The president states that the standing orders ‘should represent the starting point’ and ‘usually the finishing point’ of the drafting exercise. 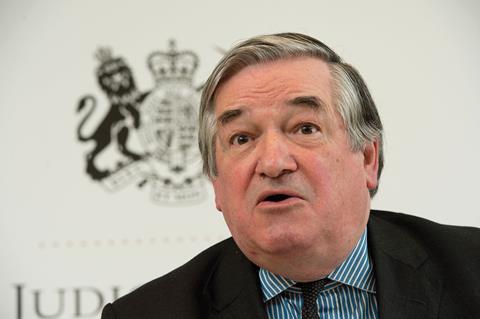 The guidance follows on from the Court of Appeal decision in Besharova v Berezovsky [2016] EWCA Civ 161, in which a consent order was criticised as being ‘not particularly well drafted’ and much time and expense was wasted in construing the meaning and effect of the order.

Of particular note to practitioners will be paragraphs 58, 59 and 60 of the standard financial remedy consent order. Included as orders (as opposed to undertakings) are provisions to release a party from a mortgage and indemnify, as well as indemnifying in respect of outgoings. Historically practitioners have included such provisions as undertakings.

The specific point was addressed by Mostyn J in CH v WH [2017] EWHC 2379. Under section 31(E)(1)(a) of the Matrimonial and Family Proceedings Act 1984, in any proceedings in the family court the court may make any order which could be made by the High Court if the proceedings were in the High Court. The High Court has the power to order or decree or indemnity (Salomon v Salomon and Co Ltd [1987] AC22).

In the President’s Circular dated 1 December 2017 he announced the pilot of the Financial Remedies Court, anticipated to start in London, the West Midlands and south-east Wales. The president also envisages that further pilots will follow shortly on a rolling programme.

The principal elements of the pilot include:

a)    Regional hubs at which the administration and judicial leadership are based. That will typically be two hubs per circuit.

b)    A national lead judge (Mostyn J) and a deputy (HHJ Hess). Each hub will have a lead judge who will be a circuit judge or district judge with real expertise and experience in financial remedy work.

c)    Hearings will be conducted at

the regional hub and also at a

number of Financial Remedies Hearing Centres within the hub area.

d)    Initially the Financial Remedies Court will deal with what is described as ‘ancillary relief cases’, but in due course this will be extended to all financial remedy cases dealt with by the family court or the family division.

e)    Only ‘ticketed’ judges will preside over cases. The president states that all district judges and circuit judges who do this form of work will be ‘grandfathered’ in.

(f)    The Financial Remedies Court will function separately from the Regional Divorce Centres with anticipation of there being full legal de-linking.

(g)    Although the Financial Remedies Court will initially function with paper files, there is the intention to transition to a fully digitised model.