On 8 December 2017, following nearly six months of precarious negotiations, the European Commission and UK government issued a Joint Report on the progress of article 50 talks to date. In finding that ‘sufficient progress’ had been made in phase one, the commission recommended that the European Council permit discussions to move to phase two. A week later, on 15 December, the European Council formally agreed, thus setting the stage to proceed. 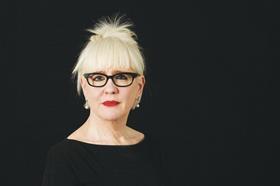 On 29 March 2017, prime minister Theresa May had invoked article 50 of the Lisbon Treaty, which triggered the two-year period for the UK’s withdrawal from the union.

Although the recent Joint Report is not the final Withdrawal Agreement, it does accord in principle on three key areas of negotiation: the rights of EU nationals in the UK and UK citizens in the EU; a framework for addressing Northern Ireland’s post-Brexit situation; and the UK’s financial obligations to the EU.

It should also be noted that the principles laid out in the Joint Report were agreed to as a whole, rather than individually. This means that while there may be minor changes or ‘adaptations’, the positions outlined in the report are meant to be an indivisible foundation on which further negotiations will be based.

One issue of contention in the first phase of negotiations was the cut-off date for EU nationals in the UK and UK citizens in the EU to retain their right to remain as under the current free movement rules. While the UK favoured a date as close to 29 March 2017 (the date that article 50 was triggered) as possible, the EU prevailed and the parties agreed that the ‘specified date’, as it is termed, would be the time that the UK withdraws from the EU, which is anticipated to be 29 March 2019.

This is significant, as the future rights of EU nationals and their family members seeking to reside in the UK (and vice versa) will depend on when they arrived in relation to the specified date. In the UK, according to a Technical Note published on 7 November that sets out more detail about proposed EU citizen rights and the government’s anticipated ‘status’ scheme, applicants would fall into three broad categories:

Settled status: those EU nationals who are able to evidence a continuous five-year period of lawful residence in the UK.

Temporary status: those EU nationals who arrived prior to the ‘specified date’, but do not yet have five years of continuous residence. Once they are able to demonstrate five years they may apply for settled status.

Not covered by the Withdrawal Agreement: those EU nationals who arrived after the ‘specified date’ and do not qualify for either settled or temporary status. Should these individuals wish to remain in the UK they will be required to apply under the UK’s post-Brexit domestic Immigration Rules (which are yet to be determined).

The Withdrawal Agreement will also cover the following family members of EU citizens:

It is anticipated that family members from outside the EU who are not covered by the Withdrawal Agreement will be subject to the UK’s domestic Immigration Rules for joining British citizens (including the £18,600 annual income or £62,500 savings requirement), while those from within the EU will be subject to whatever rules the UK puts in place for union nationals following withdrawal.

EU nationals in the UK and UK citizens in the EU who obtain permanent resident status in their host state will be permitted absences of up to five years before they lose that status. Additionally, those who already established permanent residence in their host state by the specified date will be allowed to exchange their old permission for a new settled status document free of charge (subject to an ongoing residence, and criminality and security check). 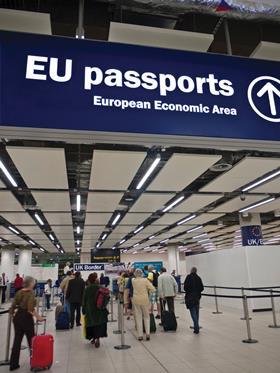 The Joint Report outlines administrative procedures for status applications, which the parties agreed would be ‘transparent, smooth, and streamlined’. To this end, the parties committed to the following:

The UK has acknowledged that its current system for processing registration certificates and residence cards would not be sufficient to handle the anticipated three million temporary and settled status applications. Therefore, as outlined in its November 2017 Technical Note, it intends to build a new system from the ground up. The government is aiming to have an application process in place prior to the date of withdrawal (some time in 2018 has been suggested), so that those EU nationals and their family members who wish to will be able to voluntarily apply for status before it becomes mandatory (thus also easing the government’s burden of processing applications by spreading them out).

In line with the Joint Report, the UK aims to implement a low-cost, streamlined, digital system, with minimal documentary requirements, using existing government data or residence documents where possible. For example, applicants could use HM Revenue & Customs employment records to establish residence as a worker, or those who already have a European Economic Area permanent residence document could, with minimal additional requirements, exchange it for a settled status document. The government has proposed keeping fees at or below the cost of a British passport,   which for a standard adult first passport is presently £72.50.

Finally, to maintain consistency in the interpretation of the rights for individuals covered by the Withdrawal Agreement, the parties agreed that UK courts would have ‘due regard to relevant decisions’ of the Court of Justice of the European Union (CJEU) after the specified date. As such, UK courts will also be able to ask the CJEU for interpretations on questions of rights for eight years after the citizen rights part of the agreement comes into force.