Legislating for a new framework

On 15 October the Environment Bill was published. The first half of the bill was originally published in December 2018 as the Environmental (Principles and Governance) Bill. 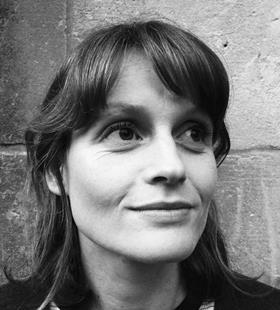 Section 16 of the European Union (Withdrawal) Act 2018 required the secretary of state to publish a draft bill with a list of environmental principles and a requirement to establish an independent body to monitor compliance with those principles, with the power to take proportionate enforcement action, including legal proceedings if necessary, if this body considers that a minister of the Crown is not complying with environmental law. It also required the secretary of state to publish a statement of policy in relation to the application and interpretation of those principles by ministers, alongside other provisions considered appropriate.

Alongside this legislative requirement, in its 2017 manifesto the Conservative Party pledged ‘the first generation to leave the environment in a better state than we inherited it’, and the government’s 25 Year Environment Plan, published in January 2018, provided more details on this vision. The bill is their legislative step towards this commitment.

The bill is a hefty 244 pages, to be read alongside 212 pages of explanatory notes and an Environment Bill policy statement. It is made up of eight parts and 20 schedules, each dealing with a different area.

Some parts are directly related to Brexit, such as establishing the Office for Environmental Protection (OEP) – a new watchdog body to fill the void left by lack of recourse to the European courts post-Brexit. Other parts provide details on policy areas upon which previous commitments have been made.

Most of the bill forms part of the law of England and Wales and applies to England. Around half of its provisions extend and apply to Wales, with a significant number having a Great Britain, UK or England, Wales and Northern Ireland remit.

The bill is a shake-up of UK environmental law, offering the potential for a new legal framework in this field.

Part 1 on environmental governance is an attempt to plug any governance gaps on withdrawal from the EU. It provides for the government to set long-term legally binding targets of at least 15 years in certain priority areas (air quality, water, biodiversity, waste and resource efficiency). Targets need to be set by 2022 and, given their longevity, this means the government would not need to meet such targets until 2037. This has led to criticism. 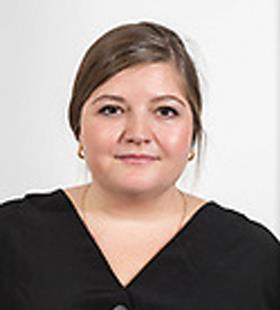 Chapter 2 of part 1, alongside schedule 1, provides details on the OEP. The bill’s principal objectives are to include protection and improvement of the natural environment. It gives the OEP a new enforcement process of environmental review in the Upper Tribunal using judicial review principles, where a decision notice has been given to a public authority. The bill contains many more details on the OEP and the main scrutiny of this part has focused on the body’s independence and accountability.

Many of the issues covered in the waste management element of the bill have been under discussion for some time, through policy and consultation. The bill puts many of these proposals, such as deposit return schemes, changes to producer responsibility schemes, managing waste and charges for single use plastics, on a legislative footing.

The air quality element of the bill contains commitments to delivering clean air outlined in the 25 Year Environment Plan and detailed in the Clear Air Strategy.

Amendments made by the bill aim to strengthen existing duties in the local air quality management framework by giving greater clarity on the requirements of action plans, enabling greater collaboration between local authorities and all tiers of local government.

There is also a new power for environmental recall of vehicles due to environmental failure – a response to the emissions scandal.

The bill introduces a requirement for all new development in England to achieve a 10% improvement on pre-development biodiversity value.

Planning permissions in England will be deemed subject to a pre-commencement condition that a biodiversity net gain plan is submitted to and approved by the planning authority. This must outline how that 10% improvement in biodiversity will be met. The pre-development and post-development biodiversity value will be measured using a prescribed metric to be published by the secretary of state, with provision made for off-site biodiversity gains to be registered and for biodiversity credits to become available, and for these to be taken into account in deciding whether a development meets the 10% net gain requirement.

Under part 7 of the bill, conservation covenants provide legally binding contracts for conservation purposes between a landowner and a responsible body, to secure conservation benefits when land is sold or passed on.

Following parliament’s dissolution on 6 November in the run-up to the December election, the progress of this bill is uncertain. Given the section 16 of the European Union (Withdrawal) Act 2018 requirements, however, and the general cross-party support for environmental action, it is likely that we will see a version of the bill make its way through parliament.