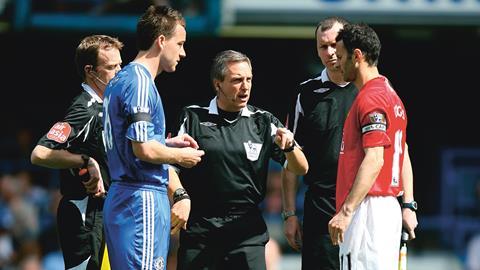 Privacy injunction attempts by the rich and famous – and public perceptions.

The spring of 2011 saw a rise in hysteria over privacy law. Superinjunctions were being simultaneously dismantled using the ancient protections afforded to debates in parliament, and more modern protections of anonymous postings on social media.

Ryan Giggs and John Terry became the poster boys for the footballer ‘love rats’, made more notorious by virtue of their unsuccessful attempts to prevent the information entering the public domain through the courts. The perceived misuse of privacy law was front-page news and even the prime minister said that he was ‘uneasy’ about the use of injunctions to protect privacy.

By the summer of 2011, such was the media and political frenzy, the right to privacy was under serious threat. Tabloid newspapers became increasingly confident that sex exposés presented little legal risk, given the huge legal and practical obstacles faced by any potential claimant and, in particular, the wrath of the tabloid and social media mob.

It is arguable that privacy injunctions have never recovered from the damage of 2011. The numbers of those seeking injunctions dropped dramatically. Lurid stories went unchallenged and those few brave enough to attempt an injunction faced an increasingly sceptical court.

In McClaren v News Group Newspapers Ltd, the football manager whose short and forgettable tenure as England boss had concluded five years earlier, failed in his 2012 attempt at an injunction because the judge decided that he ‘belongs to the category of those from whom the public could reasonably expect a higher standard of conduct’. For lawyers advising their clients on injunctions, this judgment served as another cautionary tale against pursuing similar applications.

It should also be said that another explanation for fewer privacy injunction applications between 2011 and today may simply be the result of improved newspaper conduct. There is little doubt that the revelations that provoked the Leveson Inquiry and the inquiry itself resulted in a period of serious introspection among tabloid newspapers. Many tabloid journalists were facing police investigations and the News of the World closed overnight. Proprietors and editors feared that state regulation was around the corner if their journalists’ conduct did not improve.

However, a very recent privacy injunction, YXB v TNO, showed the continuing challenges in seeking privacy injunctions. In that case the court refused to maintain an injunction that had previously been granted on an emergency basis because the claimant did not give a full and frank account of the exchanges between him and the woman with whom he had had a sexual encounter and exchanged explicit images. The judge found that the claimant had not been blackmailed in the way the claimant’s evidence described, and there was no other compelling evidence to justify the injunction.

The injunction granted in early August by Mrs Justice Laing in the case of AMC and KLJ v News Group Newspapers could hardly be more straightforward.

The application was brought by a married couple, one of whom is a successful sportsman. The Sun wished to publish the account of a relationship the sportsman had had with a woman before the sportsman was married but at a time when he was in a relationship with his now wife. Mrs Justice Laing granted the injunction.

She rejected submissions that the information is already in the public domain (online) to the extent that the dam had already burst and, importantly, recognised the difference in what was online and what would be revealed by the story the newspaper intended to publish. The fact that we may be told of an alleged affair (even the speculation as to the identity of the parties in this case) by reading Twitter, is a far cry from a lurid front-page ‘kiss and tell’ tabloid splash.

But the part of her judgment that has generated most comment was: ‘I do express a suitably diffident doubt whether this conduct was socially harmful… I am conscious that there is a risk that the phrase “socially harmful” can become a pretext for judging others by reference to moral positions which those others do not, or might not, share. This is a particular risk for a court in an increasingly secular society in which some issues, especially questions of sexual conduct, do not attract the consensus which they once did.

‘In my judgement, few people, other than adherents to strict religious codes, could rationally consider that this conduct is so fundamentally inconsistent with being a role model of the kind which A1 is that there is a public interest in exposing it.’

There can be little doubt from reading the judge’s careful account of the submissions on both sides that the newspapers’ public interest argument in seeking to justify tipping the balance between the claimants’ article 8 right and the newspaper’s article 10 right was painfully thin. This was not an extra-marital affair, the relationship took place some years ago, and the sportsman’s conduct was not contrary to his sporting activity nor inconsistent with his public statements.

The judgment has received criticism. The Daily Mail said that Mrs Justice Laing’s reasoning ‘that Britain is now such a godless society that only the puritanical still believe that celebrities’ sexual affairs should be publicly exposed – is both offensive and misguided’.

This misses the point. The court can and will continue to reject injunction applications where the evidence is such that the newspaper’s right to publish is greater than the claimant’s right to privacy. If Lord Sewell took advice and decided not to pursue an injunction, he probably made a wise decision.

But on its facts, this was a paradigm application for a privacy injunction and the judge was right to allow it.