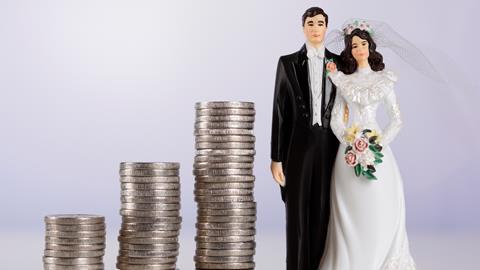 Two of the most recent issues which have been considered by the Family Court are as follows:

Earning capacity as a resource

More recently in O’Dwyer, Francis J concluded: ‘Applying the very clear dicta enunciated in Waggott, I agree that it is now settled law that income cannot be shared. An award of periodical payments (absent rare compensation cases) must be based on properly analysed arithmetic reflecting need, albeit that the judge is still left with a significant margin of discretion as to how generously the concept of need should be interpreted.’

On the first point, although Duxbury v Duxbury [1992] Fam 62 has been subject to some criticism in recent years, due to its rate of return of 3.75% gross in an era of low interest rates, it received support from both Moylan LJ and Francis J. Moylan LJ stated: ‘There are, however, clearly advantages, both in terms of providing clarity and of consistency, if the Duxbury model and the assumptions within it were to be used at least as a starting point’.

Similarly, in O’Dwyer, Francis J stated: ‘One can argue endlessly about the appropriate rate of return but it seems to me that time and again the assumptions in At A Glance are used and I use them for the purposes of this case… I therefore work on the basis of a return of 3.75%.’

Turning to the issue of amortisation, in Waggott, counsel for the wife adopted what was described as an ‘extreme’ position by contending that as she awarded her capital on a sharing basis, then ‘the wife should not have to make any use of her capital share, including by the attribution of a notional investment return, to meet her income needs’. It was further contended that it would be unfair for the wife to have to amortise her capital, whereas the husband would be able to preserve his capital, meeting his needs from future income.

On this issue Moylan LJ considered the comments of Wilson LJ in Vaughan v Vaughan [2010] 2 FLR 242, in which he stated that it was ‘impossible to be categorical about what the law expects in this area’. Moylan LJ acknowledged that the law cannot be categorical, but indicated that the level of the husband’s income would be a relevant factor in considering how the wife was obliged to employ her capital. He stated: ‘As to the specific issue raised in this case, namely whether it is fair for an applicant spouse to be required to use their sharing award to meet their income needs when the other spouse will meet their needs from earned income, the answer is that the latter factor will be relevant to the court’s determination of the former issue.’

Subsequently in O’Dwyer, Francis J acknowledged that the Court of Appeal’s decision in Waggott ‘left a substantial element of discretion in this respect’. Francis J did however give a specific example in which the wife would not be expected to amortise her capital: ‘It is my view that, in a bigger money case, after a long marriage where contributions are likely to have been equal, if different, if the economically stronger party… has a very substantial income, it is fair to determine that the economically weaker should not have to amortise their capital for a period of time.’

Francis J went on to say that there was every reason in that case why the wife should not amortise her capital during the remaining years when the husband was enjoying a substantial income. The inference to be drawn is that the wife would however be obliged to amortise her capital upon reaching a retirement age. Francis J did, however, acknowledge that it may appear unfair to the wife that she would have to start living on her capital straight away (even if not amortised), although he accepted that was the ‘inevitable and direct consequence of the fact that an earning capacity is not subject to the sharing principle’.

As for the final issue as to the extent to which a wife must use her own assets to meet her needs, the position on this point is also fact-specific. As Wilson LJ stated in Vaughan: ‘There is, by contrast, no doubt that the court will not generally expect her to apply inherited capital (as opposed to the income generated therefrom), to the meeting of her maintenance needs… but I am clear that it is impossible to be categorical about what the law expects in this area.’

Although not addressed by Francis J in O’Dwyer, in Waggott, Moylan LJ noted that there may be some circumstances in which a wife would be obliged to meet her income needs out of inherited capital as she would from her share of the marital wealth.

Andrew Newbury is a partner at Hall Brown