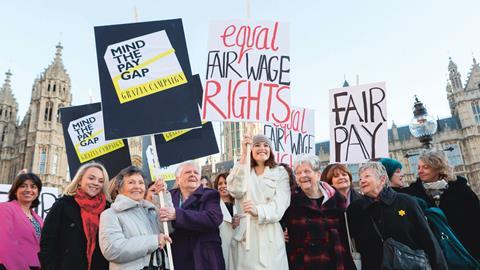 The government is taking steps to address pay inequalities that still exist in UK workplaces.

UK workplaces have come a long way since the widescale pay inequalities of the 1960s and earlier, but the national gender pay gap remains at 19.2%. That means that on average women earn about 80p for every £1 earned by men.

The government is taking steps to address this. Draft regulations have been published which will require organisations with 250 or more UK employees to publish information on their gender pay gap by April 2018. The government’s Mandatory Gender Pay Gap Reporting Consultation asks a single question: ‘What, if any, modifications should be made to these draft regulations?’ This suggests that little is likely to change before the new regime is implemented.

The reporting requirements in the draft regulations are significantly more onerous than many had anticipated. Rather than requiring a single percentage pay gap to be calculated, employers covered by the regulations will have to:

In each case, the figures will have to be published annually each April and relate to the preceding 12-month period. The draft regulations set out precise calculations for mean and median figures and the quartile pay bands, but there is some concern about the proposed method of calculating hourly pay for those who receive a salary rather than an hourly wage. Will employers have to calculate on the basis of their employees’ contractual hours (as the draft regulations currently suggest), or the actual hours worked? Although seemingly a small issue, this could have a dramatic impact on the final pay gap calculation.

For these calculations ‘pay’ will be interpreted widely to include basic pay, bonus pay, paid leave, maternity pay, sick pay, allowances and bonuses (but not overtime pay, benefits in kind, redundancy pay or the value of salary sacrifice arrangements). The fact that pay will include maternity pay is likely to have a significant impact on statistics – there are very few organisations that enhance maternity pay to full pay for the entire duration of the leave. The rules on bonuses cover not only cash payments, but also long-term incentive plans and the monetary value of any shares on the date of payment.

While collating all the required information may be an onerous task, the fun really starts once the final statistics are available. Employers will have to sign a statement confirming the accuracy of the data and publish all of it on their website. The information must be published in a manner that is accessible to all employees and the public and remain available for at least three years.

So it cannot be tucked away somewhere no one will ever find it. Employers will also be required to send evidence of compliance to a government-sponsored website. According to reports, the best and worst statistics will be published in a series of league tables.

Many organisations’ main concern will be what their employees and other interested parties, such as trade unions and the media, will then do with the gender pay information that has been published. Employees might seek to use it to support a claim that women are being paid less than men for doing the same work, or work of equal value. A successful equal pay claim could lead to employees being awarded up to six years’ back pay to make up the unlawful discrepancy. Even if no tribunal claims arise, unions and the media may seize the opportunity to highlight any large disparities and gain mileage from them.

One of the challenges underlying the bare statistics is that a significant gender pay gap does not necessarily mean that there is discriminatory unequal pay. This may be a cause in some cases, but the true reasons behind any organisation’s pay gap are likely to be more complex and subtle. The contributing factors – acknowledged by government when it first consulted on these proposals – may include girls’ career aspirations, the disproportionate impact of parenthood on women, unconscious bias and a lack of women in senior roles.

Organisations may want to consider carrying out an equal pay audit now with a view to ensuring that their data is in order and the risks and causes of any disparities are identified. Depending how the statistics look, such an exercise could lead to difficult choices. Some employers may take active steps to reduce their gender pay disparity, or put in place initiatives to give employees confidence in their overall approach to gender equality. Other organisations may opt to do nothing and ‘tough it out’ come April 2018.

A final note of particular interest to law firms is that the regulations, as currently drafted, will exclude any staff who are ‘workers’ rather than employees. This means that, for most firms, partner pay will not need to be included in the reported figures. While some will see this as a missed opportunity to highlight the legal profession’s progress in the area of gender equality, others will feel a huge sense of relief.

There has, however, been some suggestion that the Government Equalities Office did not intend this omission and they may well widen the scope to include LLP members (and other workers) in the final version of the regulations.