The legal sector may have been slow to consolidate but the tide has turned in recent years and mergers have picked up pace. This has caused law firms across the board to look at their own plans, position in the market and growth strategy. And while a merger might be right for some, others will look to invest in acquiring teams from other firms to boost profitability. Firms are likely to view acquiring an external team as less of a financial, cultural and reputational risk in light of the fact that the legal sector has witnessed a series of high-profile failed mergers.

While acquiring a team through lateral hires can be great news for the acquiring firm, the departure of a group of valued and profitable partners (and often associates) can have a dramatic and detrimental impact on the firm they are leaving. The decision by a group to leave together poses questions of business protection for the originating firm and the extent of exposure of the departing partner/s and new firm (and potentially even the exposure of any financial backer or recruitment consultant involved). 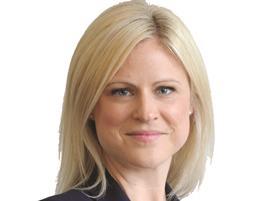 The duties owed by a departing partner to the originating firm before and after cessation of their membership or partnership can be significant, particularly when it comes to persuading others to leave with them to join a competitor. These duties (which can include fiduciary duties of good faith and fidelity implied by law, but more often than not include duties and restrictions expressly stated in the firm’s LLP or partnership agreement) typically impact on a departing partner’s plans to move a team to a new firm. Careful and considered planning on the departing partner’s part is vital. Being alive to warning signs that a team might be about to jump, and including appropriate precautions in its LLP or partnership agreement, are advised on the originating firm’s side.

It is normal for law firm LLP and partnership agreements to include some form of express restrictions which seek to constrain competitive activities of partners post-departure. Restrictive covenants tend to be more enforceable against partners than employees on the basis that partners are perceived as having equality of bargaining (although partners in very large firms are likely to beg to differ). So long as the firm can show that there is a ‘legitimate business interest’ (such as confidential information, client connections and stability of the workforce) which they are entitled to protect, and that the express restrictions contained in the LLP or partnership agreement go no further than is reasonably necessary to protect that interest (taking into account the seniority of the partner and consequential damage to the firm), then a firm can frequently justify even fairly onerous looking restrictions. This can often surprise departing partners, who assume that provisions which significantly restrict their activities post-departure are automatically unenforceable.

The approach taken to including post-termination restrictions differs from firm to firm. Some seek to prevent departing partners from accepting business from firm clients, and from employing or engaging fellow partners or firm associates for periods of over 12 months. Others choose to live with a straightforward non-solicitation of clients restriction for a limited period of three to six months. US firms have historically not included post-termination restrictions at all in their constitution documents, most likely in light of the ABA Model Rules of Professional Conduct. These rules stipulate that a lawyer shall not participate in an agreement that restricts the right of that lawyer to practise after termination of their relationship with the originating firm.

To ensure compliance firms will often seek to defer a portion of outstanding profit share owed to departing partners until expiry of restrictive covenants. Sometimes a firm will require confirmation in writing from a departing partner before they are paid any outstanding sums. In light of recent case law (Hosking v Marathon Asset Management LLP [2016]) there may also be scope for forfeiture of an LLP member’s profit share (depending on whether it can be properly characterised as remuneration) in cases of breach of fiduciary duty. Gardening leave clauses and long notice periods are often used by firms to keep departing partners away from clients and colleagues, and out of the market generally for periods of time in an attempt to lessen the impact of an influential partner leaving and others following.

As a result of the increase in movement of teams in the sector, the UK legal market has seen an increase in express ‘anti-team-move’ covenants in LLP and partnership agreements. These seek expressly to restrict groups of partners and associates leaving to join a competitor at or around the same time. Sometimes these covenants will say that a group leaving together will be prohibited only where there has been collusion about the move (which there usually is) and where clear damage has or will be suffered as a result (which there usually is).

In response to the loss of a team we have seen the introduction into an LLP agreement of an anti-team-move covenant which seeks to prevent partners from joining the same competitor for a period of 18 months – save where the originating firm agrees to the move or where a financial settlement with the new firm is struck. Amending the terms of the LLP agreement usually requires the consent of a significant majority of the members, save where such power is expressly delegated to a management committee.

The enforceability of anti-team-move clauses is uncharted territory in terms of case law. There is no reported case decision in relation to these types of restriction as yet. As well as questions around the likely enforceability of such provisions, the lack of case law is likely to be attributable to firms tending to specify arbitration (which is heard in private) rather than litigation as their dispute resolution procedure, or because the parties reach a commercial agreement on the matter before the matter litigates.

The weight given to the doctrine of restraint of trade and the potential impact on partners wishing to leave a firm is likely to mean that anti-team-move clauses require meticulous drafting – limiting the restriction to specific circumstances (as well as in scope, duration and geographical location) to ensure enforceability.

Catriona Watt is a partner at Fox & Partners