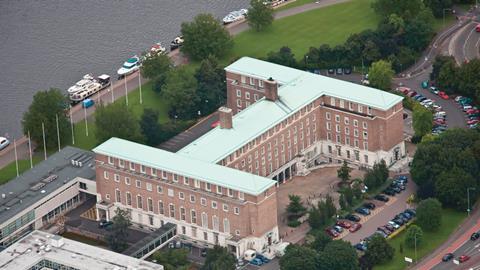 The Court of Appeal dealt with the issue of vicarious liability after the foster child claimant suffered abuse.

She suffered abuse in both placements and alleged that D, the placing local authority was: (i) vicariously liable for the foster parents; and (ii) under a non-delegable duty to ensure she was protected from harm. Those claims were rejected by Males J in his judgment ([2014] EWHC 4005).

In the Court of Appeal, Tomlinson LJ dealt with the issue of vicarious liability. He said that the provision of family life was not, and by definition could not be, part of the activity of the local authority or of the enterprise upon which it was engaged. There was a complete absence of external control over the imposition or arrangement of a day-to-day family routine, save insofar as was provided by the general law or by ordinary social conventions. The control retained by the local authority was at a higher or macro level.

The local authority had discharged rather than delegated its duty to provide accommodation for the child. It was inherent in the permitted choice of foster care that it had to be provided by third parties. Tomlinson LJ did not express a view on whether it would have been ‘just, fair and reasonable’ to impose such a duty.

However, he drew attention to the trial judge’s distinction between the local authority’s power to place a child with natural parents or some other person, and their power to place that child with foster parents. He saw great force in the reasoning that it would be unprincipled for ‘no fault’ liability to be attached to a placement with foster parents, when none would attach to natural parents.

The other two members of the Court of Appeal agreed with Tomlinson LJ but there was a divergence in their reasoning.

Burnett LJ agreed with the reasons given by Tomlinson LJ and Black LJ in relation to vicarious liability. In relation to non-delegable duty, he said that it was necessary to identify the duty owed by the person concerned, which, it was said, could not be delegated. The trial judge had said that the local authority was ‘under a duty to care for the child – to promote its welfare and to protect it from harm’.

Burnett LJ accepted that formulation, subject to the duties being qualified by the principle of ‘reasonable practicability’. The English cases cited before the Court of Appeal were all about negligence; none were concerned with assault and there were no cases presented to the court where the concept of a non-delegable duty had been successfully relied upon to found a cause of action for assault.

Burnett LJ said that he found it very difficult to imagine circumstances where a court would conclude that there was no vicarious liability for an assault, but then go on to fix a local authority with a non-delegable duty of care for that assault. He also said that the statutory scheme did not provide any foundation for the non-delegable duty contended for, and in fact was inconsistent with it.

Black LJ said that the relationship between local authority and foster parents was not sufficiently akin to that of an employer/employee. The degree of independence in a foster placement was not indicative of a relationship giving rise to vicarious liability. In relation to non-delegable duty, she said that it was expressly provided within the statutory scheme that there was a duty on the local authority to care for the child, to promote its welfare and protect it from harm. This was an integral part of the overall duty, and it was this duty that was delegated to the foster parents or to any other person with whom the child was placed.

Black LJ said that she did not find it as difficult as Burnett LJ to contemplate that assault might give rise to liability for breach of a non-delegable duty in circumstances where the defendant was not vicariously liable for the assault. This was because, as Lord Sumption said in Woodland v Essex County Council [2014] AC 537, non-delegable duty only arose when there was no vicarious liability. However, to impose a non-delegable duty of care on a local authority in these circumstances would be unreasonably burdensome and, in fact contrary to the interests of the many children for whom local authorities had to care.

It was a fundamental principle of social work that children were best placed in a family environment. The imposition of liability would divert scarce resources into ensuring that nothing went wrong, and lead to defensive practice.

Black LJ also said that if there was a non-delegable duty for foster carers, then in principle there should be the same duty for parents and guardians. Local authorities would be unwilling to place children with the latter, thus hindering any chance of uniting their children with their natural family. Finally, if a natural parent had no strict liability, then neither should a local authority.

It is understood that the claimant in NA is seeking permission to petition the Supreme Court.