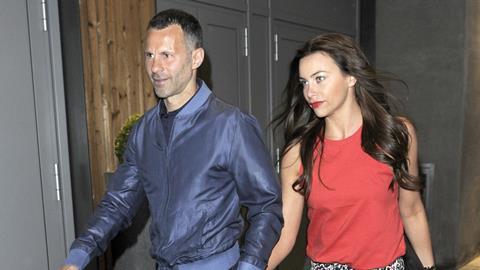 Ryan Giggs, in his divorce from Stacey Giggs, is the latest high-profile individual to seek press reporting restrictions in respect of financial remedy proceedings in the family court.

The issues which the court may be required to address include: the exclusion of the press; limitations on reporting; and anonymisation of judgments.

By virtue of rule 27.10 of the Family Procedure Rules (FPR) 2010, financial remedy proceedings are heard in private. An exception to that is rule 27.11(2), under which duly accredited representatives of news-gathering and reporting organisations may be permitted to attend financial remedy hearings. Under rule 27.11(3) the court has a discretion to exclude the press where it is satisfied that:

(a) It is necessary:

(b) Justice will otherwise be impeded or prejudiced.

In exercising its discretion, the court must balance article 10 (freedom of expression) against article 8 (the right to respect for private and family life). As Lord Mance stated in PJS v News Group Newspapers Ltd [2016] 2 WLR 1253, neither article has preference over the other. Where the values of the articles are in conflict, it is necessary to focus upon the comparative importance of the rights being claimed. The justifications for interfering with or restricting each right must be taken into account.

Further guidance is given in the President’s Guidance In Relation To Applications Consequent Upon The Attendance Of The Media In Family Proceedings (issued on 22 April 2009) and at PD27B of the FPR. Under paragraph 5.2(b) of the FPR, the court should consider whether sufficient protection can be provided by the lesser reporting restrictions order, or whether a full exclusion order is required in the circumstances. An example of where an exclusion order is required is given at paragraph 5.4 of PD27B, ‘where the information being considered includes price-sensitive information (such as confidential information which could affect the share price of a publicly quoted company)’.

The view expressed by Mostyn J in DL v SL [2015] EWHC 2621 (Fam) is that the ‘strong starting point’ is that financial remedy proceedings are held in private. He stated that they are ‘quintessentially private business’.

Similarly, Mostyn J stated in Appleton & Gallagher v Newsgroup Newspapers and PA [2016] 2 FLR 1, ‘the privacy side of the scale starts with heavy weights upon it’. Part of the reason for this is the obligation upon the parties to provide full and frank disclosure and lay their cards on the table within financial remedy proceedings. As Mostyn J stated in Appleton, ‘in ancillary relief proceedings you basically have to disclose everything about your economic life’.

Despite the introduction of rule 27.11 in 2010, Mostyn J made it clear in Appleton that the new provision did not override the core principle of privacy within financial remedy proceedings. He described the press as having a strict ‘watchdog’ role and noted that the press are not allowed any access to documents whatsoever by virtue of rule 29.12.

The Judicial Proceedings (Regulation of Reports) Act 1926 prevents the reporting of certain court proceedings. It is believed to prevent the reporting of financial remedy proceedings, although the issue is open to doubt as noted by the Court of Appeal in Clibbery v Allen [2002] 1 FLR 565.

Exceptions to the general rule

Reported exceptions are limited.  One is the Paul McCartney divorce in 2008, or more recently, Wyatt v Vince [2016] EWHC 1368 (Fam) where the facts were largely in the public domain. In the McCartney case, due to misconceptions in public, Bennett J considered it appropriate to permit publication of the correct facts.  The other scenario is a case such as Lykiardopulo v Lykiardopulo [2011] 1 FLR 1427, where the bad conduct of one of the parties meant that they had forfeited their right to privacy.

As in the present case of Ryan and Stacey Giggs and in the recent case of Appleton, where reporting is permitted the media has been allowed to report the names of the parties and the fact that they are engaged in financial proceedings, but no more. Save in an unusual case such as Young v Young [2014] 2 FLR, where many of the hearings had been in open court, the common approach would be to permit the media to attend and report that the parties are engaged in proceedings, but to make a reporting restriction order in respect of the actual proceedings. Thereafter, at the conclusion of the case it would be necessary for the court to consider whether the judgment itself should be anonymised or not.

By contrast in K v L [2011] 2 FLR 980, the Court of Appeal proceedings were subject to a reporting ban and the judgment was anonymised to protect the children.