Brexit: a quick refresher. We have now passed 29 March 2019 – the day when, absent any extension, the UK was scheduled to leave the EU. The initially extended date of 12 April that applied because the House of Commons did not approve the Withdrawal Agreement has been further superseded by an extension to 31 October. Further extension remains a possibility, and the proposed Withdrawal Agreement would continue to apply EU law in the UK until the end of a transition period to December 2020. So it remains unclear when the UK will actually leave the EU and when EU law will cease to apply in the UK. 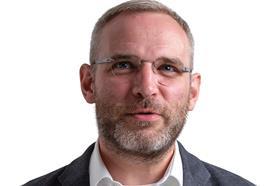 Alongside the discussion of other intellectual property rights, it is important to remember that Brexit does not alter the current patent regime. The UK has no plan to leave the European Patent Convention, which is not an EU organisation, and both UK national applications and applications at the European Patent Office can be filed in the same manner, whether the UK is within or outside the EU.

The procedure for Supplementary Protection Certificates will also continue unchanged in the UK, while the EU Regulations covering SPCs will continue as transposed UK legislation (as provided by SI 2019/801 The Patents (Amendment) (EU Exit) Regulations 2019).

If and when the UK leaves the EU and EU law ceases to apply to the UK, EU trade marks and registered Community designs will no longer have effect in the UK. At the date when the UK exits the EU legal order (which may be 31 October 2019, or a later date if a further extension is agreed or a Withdrawal Agreement ratified), if the EU right is registered the UK will automatically provide a ‘comparable’ UK registration whose subject matter and effective date will be identical to the registered EU right. Obtaining the UK registration will be free of charge. This comparable UK registration will then be subject to the payment of renewal fees, on the same schedule as (but independently of) the remaining EU right. Proprietors (or their representatives) will be notified of the planned UK registration and will be given the chance to opt out of receiving it.

If the EU right is not yet registered, or, in the case of a registered Community design, registered with deferment of publication, then no rights in the UK will be given automatically. Instead, the applicant will have the right to file a UK application for the same subject matter, maintaining the same effective filing date, within nine months of the date that EU law ceases to apply to the UK. In this case, proprietors will not be notified, but will have to make their own arrangements to apply for UK protection. Filing fees will be payable in the same way as for a regular UK trade mark or design application.

These provisions afford a robust system for ongoing protection in the UK for EU-registered rights after Brexit. Applicants should not routinely need to double file in EU and UK separately in advance of Brexit, except perhaps in specific cases of high importance.

Darren Smyth is a partner at EIP, London