On 25 November at a sentencing hearing at Southwark Crown Court, Alstom Network UK Limited (ANUK) – a subsidiary of French rail conglomerate Alstom – was fined £15m, plus £1.4m in costs, for conspiring to make corrupt payments in relation to contracts in Tunisia, following a conviction at a contested trial in April 2018. 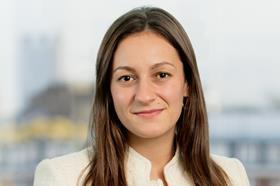 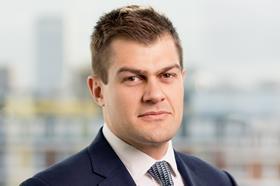 The sentencing concludes a decade-long case brought by the Serious Fraud Office (SFO) against Alstom. The investigation, which began in 2009 after a tip-off from the Swiss authorities, eventually comprised three separate prosecutions spanning five different jurisdictions, two Alstom corporate entities, and eight individuals. The corporate entities – ANUK and Alstom Power Ltd – were charged with a total of five counts of conspiracy to corrupt, resulting in three acquittals, one guilty plea and one conviction.

The quantum and circumstances of the fine raise important issues for companies facing SFO investigations concerning pre-Bribery Act conduct, particularly those that are considering seeking, or have been invited to pursue, a Deferred Prosecution Agreement (DPA).

First, the quantum. In total Alstom has been fined £21.4m across all three prosecutions, with an additional £11m in compensation to governments in the affected jurisdictions, and various costs orders. Given the company’s reported net income of around £600m in 2018/19, these fines are significant but certainly not debilitating. By contrast, Rolls-Royce paid a £497.25m fine as part of its 2017 DPA, for conduct across a similar number of jurisdictions. Clearly, the two fines are driven by particular facts and legal strategies, but on a superficial analysis, the difference in the amount is a factor of twenty. Furthermore, a DPA requires an often exhaustive SFO-directed internal investigation, remediation, and a potential monitorship arrangement imposed as a condition of settlement. For a company considering its response to allegations of wrongdoing on a purely financial basis, pursuing, negotiating and adhering to the terms of a DPA may prove to be a (significantly) more expensive process than a trial.

As for the circumstances, the case raises questions about the likelihood of a company being convicted for corruption-related offences following a contested trial in the UK. Although the SFO’s press releases tend to elide the two convictions secured against Alstom companies, they arose in very different circumstances. Whereas ANUK was convicted by a jury (albeit unrepresented in court by its 'directing mind and will'), Alstom Power Ltd entered an early guilty plea in 2016, following the sale of the company in 2015. On the remaining three corporate counts before a jury, where the corporate was represented in court by a human 'directing mind and will', Alstom was acquitted. This is against the backdrop of the collapse of other high-profile SFO corporate prosecutions, and a general difficulty in obtaining corporate convictions for pre-Bribery Act conduct under the 'identification principle'. For the right company, the odds of the SFO mounting a successful prosecution may be such that they are well advised to take their chances at trial.

Of course, a company’s decision whether to pursue a DPA or defend the accusations against it at trial is never straightforward, often made in a context of partial information and intense public scrutiny. Rarely will it be as simple as weighing the likely cost of one process against another; myriad other considerations also come into play and the decision depends entirely on the specific circumstances of each case and each company. For one thing, to pursue a DPA, a company must first be invited to do so by the SFO. Some companies will never have this luxury, where the SFO concludes there is a realistic prospect of conviction and it is in the public interest to prosecute. For listed companies, the unpredictability of the criminal process can also have a protracted and dramatic effect on share price. A calculable fine under a DPA – even a large one – provides certainty that can be priced into a company’s value (indeed, Rolls-Royce’s share price rose by 8% following the announcement of its DPA). The risks of debarment from tendering for public contracts can be the deciding factor for some companies as to whether or not to contest allegations. The European Bank for Reconstruction and Development recently imposed a six-year debarment on Alstom Power (no longer owned by Alstom) following its conviction in the UK, for example. For other companies reliant on capital markets for fundraising, contesting evidence of multijurisdictional corruption may fail to reassure potential investors that the company has properly cleaned out its stables, particularly if the company remains under the management of senior executives implicated in the alleged misbehaviour.

For some companies, therefore, a DPA could make the difference between the continuing existence of the company or its collapse. But for others such as Alstom – a foreign company with localised misconduct contained in an unlisted UK entity largely free from debarment concerns – there is perhaps little incentive to chase a settlement. Two related conclusions follow: careful thought and advice are essential prior to making any decision; and there is often more than one way for companies properly to respond to allegations of corporate wrongdoing.