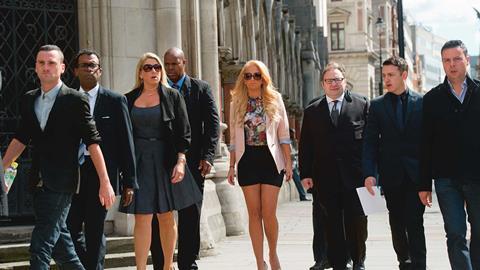 Indeed, the images may have been taken by the victim themselves and sent as a private message. Months later, after the relationship has ended, the images are published without the victim’s consent, or a threat is made to publish the images if the victim does not do what is asked of them. The dissemination normally takes place by uploading to a website or by email.

The publisher is invariably motivated by a desire to punish or (particularly in the case of threatened publication) control the subject.

The unauthorised dissemination of intimate photographs in this way is unquestionably a misuse of private information and the courts are likely to be sympathetic to a claimant who has had their trust abused in such a fashion. The claimant will have a reasonable expectation of privacy (as per article 8 of the European Convention on Human Rights) that will rarely be trumped by freedom of expression (article 10)/public interest arguments often run in media privacy cases.

A claimant may also be able to bring claims for breach of confidence, copyright infringement, breach of the Data Protection Act and the statutory tort of harassment if the dissemination of the images (or threat) forms part of a course of conduct that the defendant knows or ought to know is causing the claimant to feel harassed, alarmed or distressed.

A claimant’s priority will be to secure the prompt removal of any images in the public domain. Solicitors can write to the claimant’s former partner and any other party that they know has the images requiring them to urgently: (1) procure the removal of the photographs from the internet; (2) deliver the images; (3) undertake not to further disseminate the images; and (4) provide full details of any onward dissemination.

If co-operation is not forthcoming then an interim injunction can be sought. Where there is a threat of dissemination this may need to be on a ‘without notice’ basis.

A court can grant an interim injunction over several parties, including those who are unknown such as in Contostavlos v Mendahun [2012] EWHC 850 (QB) where the injunction was granted against: (1) the former boyfriend alleged to have released an explicit video; (2) a website operator hosting the video; and (3) anyone who had the video (or images taken from it) in their possession or control.

A defendant may deny responsibility for the dissemination (as was the case initially in Contostavlos [involving singer Tulisa, pictured]), perhaps by implying that the claimant is responsible. Alternatively, they may fail to engage. These types of injunctions are not standalone remedies, and if the matter does not promptly settle then the claimant must file and serve particulars of claim and proceed to trial or, if appropriate, apply for summary judgment or judgment in default.

Website operators that do not remove images on notice are normally treated as defendants (although complications may arise if they are outside the jurisdiction). If images are removed it may still be necessary to seek a Norwich Pharmacal order to try and identify who has uploaded the images.

Additionally, some website operators outside the jurisdiction may seek to rely on immunity provided by local laws. For example, section 230 of the Communications Decency Act in the US protects intermediaries and website operators from liability arising from content posted by third parties (although this may not be a shield where a criminal offence is committed under local laws or there has been a copyright violation). It will be interesting to see to what extent the courts will assist claimants who hit a perceived dead end.

If hacking has occurred, section 1 (and potentially 2) of the Misuse of Computer Act 1990 may apply.