Perhaps an overlooked provision of the CPR is rule 3.1(2)(m) which provides that the court may ‘take any other step or make any other order for the purpose of managing the case and furthering the overriding objective, including hearing an early neutral evaluation with the aim of helping the parties settle the case’. 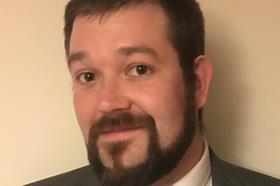 Now, admittedly, I have not yet had the opportunity (or the pleasure) to undertake an early neutral evaluation (ENE), but that does not mean that I am not a big fan, nor does it stop me from believing that this may well be the alternative to mediation that we all (did not) know that we were looking for.

Let us be frank – mediation is oversold, not always effective, and perhaps most importantly (and most unfortunately) dead expensive. It is good to have an alternative.

The concept of ENE is straightforward and is essentially what it says on the tin: an independent party evaluates a case at an early stage and expresses a preliminary view on the case. Such an evaluation can take place either before or during litigation. This then sets the scene for settlement negotiations.

Whereas mediation is not concerned with considering the merits of a matter, this lies at the very core of ENE. ENE is therefore potentially of huge value in disputes where parties have vastly opposing stances and, perhaps, where one party may be oblivious of the realities of the case in hand (for example, where their claim is hopeless and/or they do not understand the risks of litigation).

The first reported authority that I am aware of that outlined, explored and to some extent promoted JENE was the Seals case. When it was decided, CPR 3.1(2)(m) did not explicitly refer to ENE. It appears that it was Seals which ultimately influenced the amendment of CPR 3.1(2)(m) to expressly reference ENE.

In Seals, Norris J noted the similarities between JENE and financial dispute resolution (FDR) hearings which are commonplace in the Family Court, and are widely considered by practitioners as a huge success and of great value. FDR hearings set the scene for JENE, as a proven example of how preliminary judicial assessment can encourage cooperation and settlement. It takes no stretch of the imagination to envisage how JENE could be rolled out routinely in other civil cases.

Norris J succinctly set out the value of JENE at paragraph 3 of his judgment: ‘The advantage of such a process over mediation itself is that a judge will evaluate the respective parties’ cases in a direct way and may well provide an authoritative (albeit provisional) view of the legal issues at the heart of the case and an experienced evaluation of the strength of the evidence available to deploy in addressing those legal issues. The process is particularly useful where the parties have very differing views of the prospect of success and perhaps an inadequate understanding of the risks of litigation itself.’

He also came to the following conclusion at paragraph 7 of his judgment: ‘If the parties ask a judge to express provisional views on particular hypotheses or upon the judge’s overall impression of the case so far, then it is part of the judicial function for the judge to accede to doing so – though plainly the judge is not bound to do so whenever the parties request.’

There is, therefore, clearly an appetite for the courts to order JENE where the parties consent, but what about when they do not?

Is consent required for JENE?

The Court of Appeal’s decision in Halsey v Milton Keynes General NHS Trust [2004] 1 WLR 3002 is widely known by litigators as the leading authority which, in a nutshell, sets out the unfettered right of access to the courts. As a result, the conclusion in Halsey was that parties cannot be compelled to take part in alternative dispute resolution.  It is Halsey which posed a hurdle for JENE and which ultimately led to the inevitable issue in Lomax v Lomax [2019] EWCA Civ 1467 – was JENE something which could be ordered despite the opposition of one party in light of CPR 3.1(2)(m)?

Surprisingly, in Lomax, despite the status quo which had ensued following Halsey (since as far back as 2004), the Court of Appeal departed significantly from the position in Halsey. Lomax may now well be considered one of the first authorities to compel a form of alternative dispute resolution, as the Court of Appeal ordered that a JENE take place despite one of the parties opposing such an order.

So where do we go from here?

The cases of Seals and Lomax show an appetite and enthusiasm from the courts for JENE. Whether a similar appetite rests with practitioners remains to be seen. Of the practitioners that I have discussed it with, there is an openness and interest in exploring JENE. At a recent Court User Group meeting at the Business & Property Courts in Birmingham, I raised the matter of JENE and proposed that it be offered more routinely. I was pleased by how well received this was by the local judiciary, who indicated that they would look to offer JENE more routinely. Practitioners also welcomed the suggestion.

We should all start considering utilising JENE in our cases, raising it at case management as a potential option. The inherent benefits are set out in the cases already referred to, but it is also worth bearing in mind that the utilisation of JENE avoids the cost of appointing a mediator.