The status of allotments 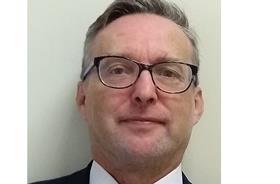 The recent decision of the Upper Tribunal in Densham v Charity Commission [2018] UKUT 0402, in which the Charity Commission made detailed legal submissions, will be of interest to all trust law practitioners as well as those working with local authorities.

The case provides a helpful review of the tangled statutory provisions in relation to the charitable status of 19th century allotment awards created under the provisions of the Inclosure Act 1845 (1845 act). But it is also of wider significance in its approach in seeking to distinguish between those cases where a local authority might hold its land upon charitable trust and those cases where it is held for its corporate (public) purposes. The case reaffirms the significance and importance attached to the use of the word ‘trust’ when used in a technical sense.

Under the two inclosure awards examined in the case, both made under the provisions of the 1845 act, land had been allotted to the churchwardens and overseers of the poor ‘to be held by them and their successors in trust as allotments for the labouring poor of the said parish’. The appellant had argued the land was not held upon charitable trust but rather for the corporate (public) purposes of the local authority, and so the commission could not exercise its scheme-making powers in relation to the trust of the allotments and should remove it from the commission’s register. She was unsuccessful in the First-Tier Tribunal and so appealed to the Upper Tribunal.

As the Upper Tribunal observed, this is not the first time that the courts have considered the question of whether land dedicated to potentially charitable purposes, in this case the relief of the poor, is held by a local authority for its corporate (public) purposes or on charitable trust. The question may often arise in relation to recreation grounds and school sites.

The Upper Tribunal undertook the task of untangling the complex legislative framework of the 19th and early 20th century in respect of allotments. By way of background, it considered the historical context leading up to the 1845 act, as outlined in the 1969 Thorpe Report, and then reviewed both the provisions of the 1845 act and subsequent legislation.

In reviewing the legislation, it was noted that land held by the overseers transferred to the local authority under section 5 of the Local Government 1894 (but subject to the existing trusts), and a range of wider powers was given to the local authority as a result of the Small Holdings and Allotment Act 1908.

The First-Tier Tribunal had been asked to consider whether the charitable trust had ceased to exist as a result of subsequent legislation and in light of obiter comments in Snelling v Burstow [2013] EWCA Civ 1411. It held that the subsequent legislation did not extinguish pre-existing charitable trusts of allotment land. The 1908 act contained no express revocation of such trusts, its provisions did not prevent such trusts from continuing in accordance with their terms and it followed that there was no implied revocation. This point was not pursued on appeal.

The Upper Tribunal considered that the answer to the question of whether the inclosure awards created a charitable trust or not lay in a close textual analysis of the instruments themselves. On a review of the relevant case law it identified a range of determinative factors including: (i) whether a trust or covenant mechanism is deployed to impose obligations as to the use of the land; (ii) whether these obligations are described as positive or negative in nature; (iii) whether there is an element of bounty present in the dedication of the asset to charity; (iv) whether there is found to be an ‘imperative dedication’ to charitable purposes; and (v) the principle that the word ‘trust’ used in its technical sense cannot simply be ignored.

In considering the terms of the award and the relevant case law from which the five principles outlined above may be derived, the Upper Tribunal concluded ‘the word “trust” used (as we find) in its technical sense cannot simply be ignored, and we conclude that there is here an “imperative dedication” to the charitable purpose of the relief of poverty’. The case illustrates how litigation in which the commission becomes involved even involving small charities may often assist in developing and clarifying the law. The full decision can be read here.

Tony George is a legal adviser at the Charity Commission