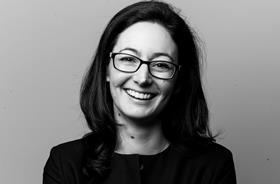 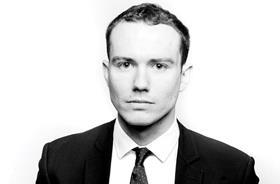 The Serious Fraud Office (SFO) has been dealt yet another blow following the collapse of the trial of Carl Rogberg, the third and final Tesco executive to face charges in the £250m accounting scandal. The former Tesco UK finance director was acquitted at Southwark Crown Court after the SFO offered no evidence in his case.

The SFO’s failures in the Tesco trials raise serious questions, not only about its decision to prosecute the three executives, but the decision to name individuals accused of wrongdoing in a £129m Deferred Prosecution Agreement (DPA) that the prosecutor struck with the company in 2017 – a step which has no precedent in the history of the settlement regime. This has also thrown into doubt the basis upon which Tesco entered into the DPA, now that those identified as the ‘directing minds’ of the company have all been acquitted.

This case illustrates the potential inequality that results from DPAs being available only to corporates and not individuals. The consequences for individuals charged with fraud are far reaching, and while the acquittals will be of some comfort to the defendants, this is unlikely to reverse the damage caused by the four-year investigation and two trials. The three former directors may consider whether any legal redress is available. Rogberg’s acquittal may not be the end of the matter.

In September 2014, a Tesco whistleblower identified potentially irregular accounting practices that saw the company’s first-half profits for the year inflated by £250m. The scandal was one of the largest in Tesco’s history, revealing an aggressively target-driven culture. The company’s stock market value dropped by at least £1.5bn.

The SFO opened a criminal investigation and Carl Rogberg, John Scouler and Christopher Bush, former Tesco employees who held senior management roles in the Tesco UK business, were subsequently each charged with one count of fraud by abuse of position and false accounting.

The three stood trial in September 2017. This was ultimately abandoned in February 2018, owing to the ill-health of Rogberg. The retrial of Scouler and Bush began in October 2018, before collapsing a month later, after Mr Justice Royce ruled that there was no case to answer. In January Rogberg was formally acquitted at Southwark Crown Court after the SFO offered no evidence against him.

Despite failing to secure a single individual criminal conviction in the case, the SFO was successful in securing a DPA with the company in 2017. Tesco agreed to pay a £129m fine and £3m in investigation costs. In the accompanying Statement of Facts, Tesco admitted to a ‘dishonest falsification’ of its accounts between February and September 2014 and named the three executives as comprising the senior management team that ‘dishonestly perpetrated’ the profit misstatement.

The outcome here is perplexing, and one that betrays the perverse nature of SFO investigations into concurrent corporate and individual wrongdoing. The DPA could not be more stark in its appraisal of the conduct of the directors, whose emails and correspondence during the relevant period are outlined in the Statement of Facts, and presented by the SFO as if substantiating a finding of individual wrongdoing.

Fairness and transparency are the cornerstone of any successful DPA so the decision to impose reporting restrictions and to include within the DPA the name and alleged wrongdoing of individuals, as if they had already been found guilty, is concerning. The harm caused to the executives as a result of the investigation is hard to overstate: the reputational damage, financial loss, and emotional stress brought on by their dismissals, and the two trials, are substantial and profoundly unjust. The publication of the DPA serves only to undermine the court rulings made in the case, and impugn their reputations further. The fact that such an injustice arises from an agreement to which the executives would not have been party is just one example of the inequality that arises in corporate and individual trials of this nature. Withholding publication of a DPA until the conclusion of a connected criminal trial into individual wrongdoing is insufficient to rebalance the prejudice caused to those wrongly identified.

Will this verdict serve as a catalyst for the SFO to change tack? This is only the fourth DPA secured by the SFO since their introduction by the Crime and Courts Act in 2014, and the teething problems are self-evident. It remains unclear why the SFO chose to identify individuals within the DPA Statement of Facts. This is compounded by the fact that the court appears to have no power to retrospectively vary a DPA or to remove references to individuals wrongly identified in it; the executives did try to apply directly to Sir Brian Leveson, the judge who approved the DPA, to redact their details in the light of the acquittals but were unsuccessful. There is scant information in any of the guidance, policy and protocols published by the SFO on the protections afforded to individuals wrongly associated with corporate crime but who are named in a DPA – a fundamental issue that appears to have been omitted from the legislation.

Even if the DPA regime is not remodelled to afford third parties better protections, the SFO should carefully weigh up the potential prejudice to individuals before deciding if it is in the interest of justice for individuals to be named in future DPAs. If the SFO is to move towards a greater use of the US-style tactic of persuading insiders to cooperate with investigators in return for immunity or leniency, as indicated last year by new SFO director Lisa Osofsky, then it must ensure that it adequately addresses the criticisms that have arisen in this case. The Tchenguiz case shows that there is authority for individuals, who have suffered as a result of an SFO investigation, to seek damages for such failures.

Rogberg’s acquittal may not be the end of the matter. A failure to approach the use of DPAs differently could bring serious consequences for the SFO in the future.

Maria Cronin is a partner and Craig Hogg a trainee solicitor at Peters & Peters, London