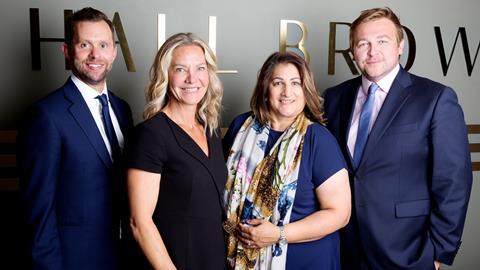 Boutique law firm Hall Brown Family Law has appointed Zoe Round as a consultant at its Sheffield office.

Round, who joins the firm from Irwin Mitchell where she led its family law team in Sheffield, deals with high value financial claims on divorce and a variety of complex cases involving arrangements to protect the wellbeing of children.

'Zoe is incredibly well-known among clients and professional contacts, and is highly respected by her legal peers. Her arrival is another indication of the progress which Hall Brown has made, not just since opening in Sheffield only two years ago but since the firm began in 2016.'

The firm has offices in Sheffield, Leeds, Manchester, and Lincoln's Inn Fields in London.