I qualified at CMS Cameron McKenna. I was seconded to Moscow as a trainee, and during that time I received an offer to join Allen & Overy on qualification. The quality of work – both in terms of cutting-edge transactional work and having the opportunity to take on much more responsibility than someone of my PQE might otherwise, coupled with my being a complete Russophile – made it a very easy choice. 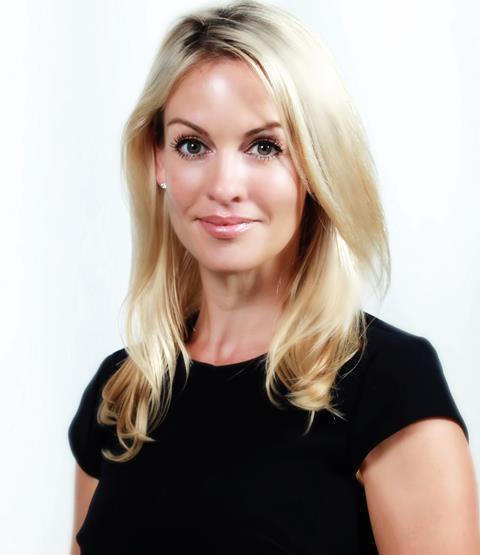 I requested a move to Hong Kong because of the fallout of the global financial crisis in Europe and the Commonwealth of Independent States. Transactional work was slowing down whereas China, on the other hand, was booming. Hong Kong seemed to be a great place to live and work, and I stayed there almost nine years. I have lived overseas my entire qualified career. Every place I have practised – Moscow, Hong Kong, the British Virgin Islands (BVI) – has presented unique challenges, not least the daily commute. In Moscow, it was learning to glide into the office over ice while dodging icicles from buildings; in Hong Kong, ‘swimming through soup’ during humid summers on the world’s longest outside escalator; in the BVI, learning how to manipulate an SUV on steep roads.

A couple of years into my time in Asia, I made the move to an offshore law firm. I practised for six years in the Hong Kong office of Harneys before being asked to consider moving to the BVI by Harneys’ [then] managing partner Colin Riegels. He was a great mentor and felt I would make a success of it. Moving from an island of eight million people to an island of 34,000 was a sea change. But I knew it might be the last opportunity I would have to make such a big move with relative ease. I had spent a month in the BVI in 2014 and seen its beauty – it is hard to say ‘no’ to a posting to paradise.

Here in the BVI, we do not have a square mile of shiny high-rise buildings employing thousands of people. In the BVI, the population is tiny. Financial services accounts for roughly half of the island’s business. This means that everyone knows everyone else.

'Our profession suffers from a woeful lack of diversity at senior levels. Diversity in terms of race, disability, social mobility and sexual orientation has been measured across law firms – and most are falling short'

As in the UK, there is a strong sense of legal community. But law firm culture is only an extension of the culture outside. It would be curious (wrong, in fact) for the culture inside the office of a BVI law firm to feel like corporate Britain.

It has been almost a decade since I practised English law, and a great deal longer than that since I practised in the UK. What I miss most is the buzz of the City of London. There is something very special about the place, even when the tube is delayed and the rain is coming down. It saddens me to think of everyone working from home while the glittering capital stands empty. I genuinely hope that London law firm offices will not be relegated to the past.

Globally, our profession suffers from a woeful lack of diversity at senior levels – and the issues are not restricted to gender. Diversity in terms of race, disability, social mobility and sexual orientation has been measured across law firms and the vast majority are falling short. All leaders – male or female – need to make it a priority to foster a culture in which diversity thrives.

As for being a female managing partner, that comes with a special responsibility because we are still so few in number. I feel a strong sense of duty to give something back to the legal profession, to extend senior mentorship to young women. For too long, they have seen the number of female peers diminish the higher up the career ladder they climb.

We simply need to make it normal to be female and senior. In this respect, the BVI is doing much better than many other jurisdictions: our attorney general; the chief justice; the chief executive officer of BVI Finance; the chief executive officer of the Bank of Asia; and our registrar of corporate affairs are all female. And women run law firms and insolvency practices. I was admitted to the bar by a female judge. I am very proud to practise in the BVI.