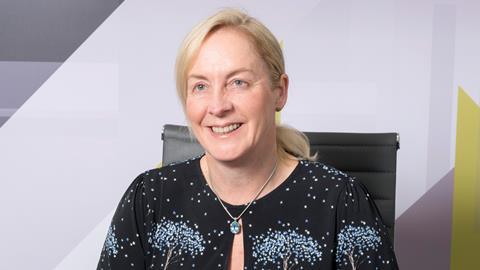 Drawn to careers with a strong part to play within society, I was interested in becoming a paramedic. After attending state school in east London, I was the first person from my family of car breakers/scrap metal merchants to complete O-levels and go on to university to study law.

I dropped out of university to become a planning assistant at Newham and then Kensington and Chelsea councils. Working for two local government organisations gave me career experience and opened my eyes to the opportunities where planning and law intersect. I built my legal career incrementally. Working full-time and studying through part‑time and evening courses I qualified both as a legal executive and a solicitor after 11 years.

I moved to Berwin Leighton in the City because a law firm specialising in property is a fantastic place to keep learning about planning. Two partners there allegedly held opposing views of me as a ‘rough diamond’ and ‘a diamond in the rough’ respectively. However, it was the best training opportunity with great colleagues and fantastic client base. I stayed for 12 years.

I work on an enormous variety of high-profile and challenging cases within our property landscape. This includes major mixed-use schemes such as strategic housing, compulsory purchase order matters, a huge gas pipeline, new motorway schemes and old listed buildings and heritage matters. I act for private developers and the public sector, and enjoy the complex negotiating that is required as a matter of course in this work area.

Having my daughter Kate in 1996 and sitting my exams the year after her birth certainly stands out as a highlight, even though many people said I did not have time to be a mother and qualify as a solicitor. I’ve also walked six marathons, including the well-known London Moon Walk to raise money for cancer, and skydived for another charity in memory of a client’s son.

Having my daughter and then sitting my exams a year later stands out as a highlight, even though many people said I did not have time to be a mother and qualify as a solicitor

I was also legal manager on the planning permission for the Millennium Dome and the development of its surrounding area. It was a very expensive project with a strict deadline of being open in time for the 1999 New Year’s Eve celebration, with more than 10,000 guests expected.

There have also been many times I have been proud of people I’ve worked with who have gone on to become leaders in their field. Or just saying to me that my guidance and influence has helped them in some way.

There have been so many changes over the years I have been in practice. Some, such as the introduction of the Community Infrastructure Levy, have been challenging. But recent proposed changes to lifting the pooling restriction will allow authorities to use funds from both section 106 planning obligations and the levy to pay for the same piece of infrastructure. That will help to deliver faster infrastructure and housing delivery.

Planning policies have also changed in response to market conditions. The recession after the financial crisis undoubtedly led to increased lack of profitability arguments on development sites, and the introduction of later viability reviews has caused controversy in recent years. The London mayor’s approach to ‘pushing’ affordable housing by settling a robust percentage of affordable housing at the early stage will help to alleviate the need for later viability reviews.

Shoosmiths is one of only two leading law firms to have more than 30% female partners. It is also a diverse group of friendly people with a strong sense of respect for our community of colleagues.

This year we need to continue to attract a broader range of people of diverse backgrounds, talents and genders. Not all firms are necessarily properly engaged yet and there is still therefore a way to go in the legal profession. Stronger role models are required so that people feel properly represented, perhaps seeing something of their own backgrounds to realise opportunities can be open to all. This is how we can truly support talented people irrespective of background or gender.