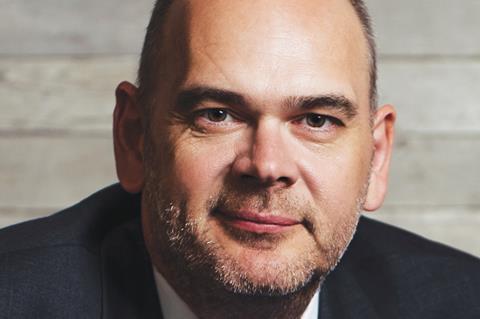 I should say that being inspired to defend the rights of the individual, make the world a better place or contribute something significant to society pushed me towards a legal career – but it was probably too many American legal dramas as a child. Petrocelli was always a big inspiration, as was LA Law!

I studied Law at Aberystwyth University before attending the College of Law in Chester. I trained at Phillips & Buck, Cardiff, as they became Eversheds, before moving to Smith Partnership in Derby on qualification in 1992. I’ve been here ever since, becoming head of dispute resolution in 2004.

I began acting for a locally based brewery who were then taken over by a larger rival. I have acted for one of the UK’s largest pub companies for around 20 years. Like all areas of work, you become familiar with the issues facing your clients, which tend to be similar regardless of the client.

We deal with lots of different issues on behalf of our pub industry-related clients. These include everything from straightforward debt recovery following a tenant’s departure from the pub, through to contested claims for possession following termination of a tenancy. Tenants raise all sorts of issues seeking to oppose forfeiture of their tenancy. Purchasing wet stock from unauthorised third parties (‘buying out’ as it is known) has been a common problem. The current health crisis will lead to further issues for both landlord and tenant. We also deal with cases where the pub company has been sued by former tenants, neighbours and even banks.

We deal with lots of different issues on behalf of our pub industry-related clients. These include everything from straightforward debt recovery following a tenant’s departure from the pub, through to contested claims for possession

Pub companies have suffered a bad press, being blamed for the closure of so many pubs. People have their own views, often influenced by their disappointment over the closure of their local pub. Our drinking habits, as a nation, have changed in that we drink more at home than we used to. Most people instinctively support the ‘underdog’ against the large corporation but recognise that it is a matter of economics. They are perhaps less sympathetic to the tenant once they have heard some of the stories about the condition in which pubs can be left!

For most tenants the pub is their home as well as their business. For some the lack of rehousing is the greatest challenge to them in leaving. That problem seems to vary considerably depending where they live. Some councils are much better at rehousing tenants than others. It is unfair to expect the pub company to act as an unpaid short-term housing supplier because the council does not have any properties available; but you are not blind to the personal and emotional cost to the tenant, who has to deal with the failure of their business as well as the loss of their family home. A more efficient system of rehousing would assist these situations enormously. Changes and inefficiencies in the court system are also a constant challenge. Delays help nobody.

There is no denying that Covid-19 will have a huge impact on pub companies and their tenants for some time to come. The indications are that pubs are likely to remain closed for quite some time. When they do reopen social distancing may require them to substantially reduce their capacity, which impacts on profitability and in turn rent. The potential lifting and reimposing of lockdown restrictions will also present a serious challenge to both pub companies and their tenants. The British pub has gone through a prolonged period of change and it seems likely that will continue for some time to come. I fear that we will see many more pubs close over the next few years, which will be a real shame.

It is difficult to single out a favourite beer given that one of the great things about it is the wide range of beers available. My local pub (the Steampacket in Swanwick, Derbyshire) always keeps an excellent range on tap. However, particular favourites include Chatsworth Gold, Ay-Up and any stout or porter.