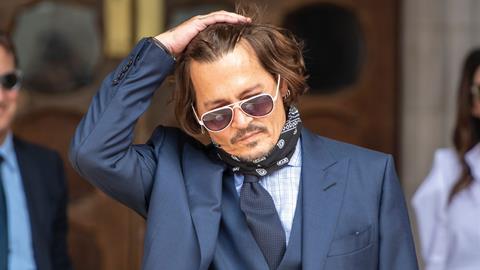 Johnny Depp: the end for a Town called Sue?

The outcome of the Johnny Depp defamation case has been hailed as a triumph for press freedom. Does this spell the end of high-profile actions where celebrities seek to vindicate their reputation?

According to Robertson & Nicol on Media Law, a claimant once brought a defamation action over an allegation that he was a highwayman. Evidence emerging at the trial proved that he was indeed a highwayman. The claimant was arrested and subsequently hanged.

Last week, sitting in the Queen’s Bench Division, one of those authors presided over an outcome almost as satisfactory. In Depp II v News Group Newspapers, The Honourable Mr Justice Nicol agreed that online and print articles published by the Sun in 2018 carried the meaning that Pirates of the Caribbean star Johnny Depp was guilty of serious domestic violence against his then wife, Amber Heard. As such the articles caused serious harm to Depp’s personal and professional reputation. However, after examining evidence that emerged in sometimes excruciating detail over three weeks in the Royal Courts of Justice last July, the judge found numerous allegations to be proven to the civil standard. As such, the publication enjoyed the statutory defence of ‘truth’ in the Defamation Act 2013.

The claim was dismissed. 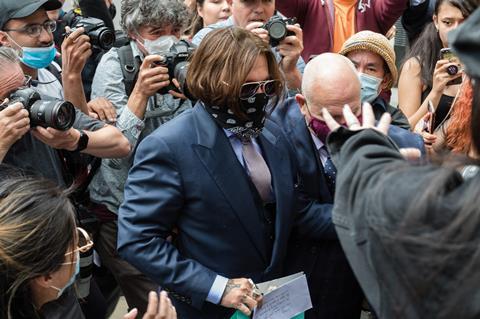 Johnny Depp arrives at the Royal Courts of Justice

The judge paid tribute to courts staff for accommodating the trial in a way that allowed participants in the three-week hearing to keep two metres apart. This required an additional courtroom for parties and lawyers and three further rooms for press and public, all linked by video.

Media firm Schillings, which acted for Depp, described the verdict as ‘perverse’.

Like our anecdotal highwayman, Depp seems to have secured – at considerable expense – exactly the opposite outcome he set out to achieve.

Steven Heffer, head of media and privacy at London and Geneva firm Collyer Bristow, commented: ‘This has come out incredibly well for the Sun, probably beyond their wildest expectations. It will be regarded as a great victory for press freedom and bold and fearless reporting – it took a high-risk approach which could have backfired but has instead been vindicated.’

So, is this the end for London’s reputation as what libel lawyers call ‘A town called Sue?’ Certainly it could be taken as confirmation that, despite many doubts at the time, the Defamation Act 2013 has had some impact on the worst excesses of the libel circus. The presumption that cases will be heard by judges sitting alone, for example, has done away with the phenomenon of celebrity figures charming juries that were unimpressed by the defence evidence of grubby, bumbling hacks.

But the Depp case was an outlier for many reasons, not just in the way its timing helped out the pubs and coffee bars of London WC2. As Payne Hicks Beach partner Hanna Basha points out, it is very rare for celebrity defamation claims to end up in a trial; most are settled long before they get to the doors of court.

It is equally rare for a claimant to lose because the publisher has established ‘substantial truth’, rather than a defence such as honest comment. Truth, even to the civil standard, is notoriously hard to establish in a libel case, especially if the ‘facts’ in an article are sloppily edited and presented under a sensational headline. The magazine Yachting World discovered this in 1994 when a jury awarded a boatbuilder £1.49m over a review which, while based on technical observed fact, imputed deceit.

What was truly exceptional in the Depp case was the evidence that News Group was able to assemble, most spectacularly that of Amber Heard herself. This, coupled with Depp’s apparent determination to gain redress, ensured that the case would go the full mile. But Gazette readers won’t need to be reminded of the risks of relying on a star witness, even one as committed as Heard to telling the world her story.

This is not to say that such a juicy case will never come up again: parts of the media are already salivating at the possibilities implied by Duchess of Sussex v Associated Newspapers. However, again that would be an outlier and far from typical of the quotidien traffic of Mr Justice Warby’s media list.

As Basha comments on Depp: ‘The judgment is a reminder to all claimants of the inherent risks of this area of law and how cases brought to vindicate reputations can sometimes destroy them.’