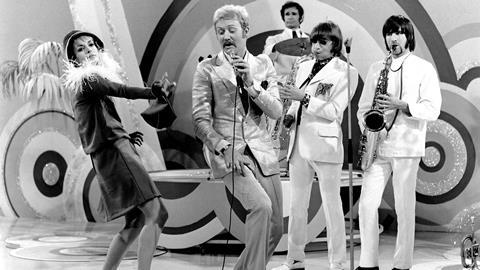 As Sixties pop glamour came to the High Court, the Bonzo Dog Doo-Dah Band won a heated battle to protect its name. Now the case has sparked calls to close a trade mark loophole

The art school students who got together to make music in a West Dulwich flat in 1962 were an imaginative bunch. But even the creative genius Vivian Stanshall could not have guessed that, nearly six decades on, the formation of the Bonzo Dog Doo-Dah Band would be subject to arguments before a robed High Court judge.

Allegations about what happened on the evening of 25 September 1962 appeared in hundreds of paragraphs of evidence considered by Chief ICC Judge Briggs in Slater and Ors v Anglo Atlantic Media Limited, judgment in which was handed down earlier this month.

Untypically for court actions involving the golden age of pop, it did not involve splits over ‘musical differences’ or a cigar-chomping impresario signing up a group of teenagers saying ‘Let’s talk about the money later’. Rather, it concerned a trade mark granted long after the Bonzos’ glory years. (The group’s only chart hit, I’m the Urban Spaceman, reached number five in 1968.)

Neither did the case break new legal ground – though the judge’s coruscating remarks on witness statements packed with ‘inadmissible opinion… bare assertion and irrelevancies’ might make useful reading for litigants in person. However, it has sparked a campaign for a change in the rules governing trade mark registration.

It began when the band challenged a figurative trade mark containing its name filed in 2015 by Robert Carruthers, a promoter who had organised Bonzo Dog reunion concerts, on behalf of his company Anglo Atlantic Media. In October last year, the registrar of trade marks granted an application cancelling the mark, ruling it had been filed in bad faith.

Oliver Morris for the registrar ruled that ‘persons or businesses who engage with a band [in the way Anglo Atlantic did] should not be registering trade marks the effect of which would be to put them in complete control of the name of the band they represent.’

The ruling noted that the proceedings had been ‘hard fought in an often emotionally charged manner’. The registrar said he would invite submissions on whether letters before action sent to the band’s witnesses constituted a potential attempt to pervert the course of justice by intimidating witnesses or parties.

While the case was in progress, Carruthers issued High Court claims accusing parties in the case of ‘conspiracy to injure’, ‘malicious falsehood’, ‘statutory misrepresentation’ and trade mark infringement. A 74-page witness statement included allegations of ‘racist and sociopathic tendencies’. The claim was heard in the Rolls Building in February and judgment handed down by Skype earlier this month.

In a scathing verdict, Briggs J dismissed Carruthers’ claims as totally without merit. One claim amounted to ‘collateral attacks on the findings of the registrar’, the judgment said, while the allegedly defamatory statements were covered by absolute privilege. ‘In my judgment the decision of the registrar was of a court of competent jurisdiction where procedural rules applied, and a full decision reached after a hearing in open forum,’ the judgment stated. ‘The applicants were entitled to put their case to the IPO and the absolute privilege rule protects them.’

The judge concluded: ‘The overall impression one gets… is that Mr Carruthers is on a mission to defeat the band and raises every point he can think of, regardless of relevance, to achieve his aim.’

At the close of the Skype hearing, the judge awarded indemnity costs against Anglo Atlantic. Appearing for Carruthers at the hand-down, Kwabena Owusu of Clerksroom chambers argued that the £50,000 claimed was excessive as the witness statements had been examined with an ‘unreasonable level of detail’ by West End firm Trainer Shepherd Phillips Melin Haynes LLP, which acted for the band. The judge rejected the argument, describing it as ‘a submission of “save me from myself”,’ adding that the quoted hourly rate of £375 was ‘considerably lower than some I have seen’.

The Bonzos, with the backing of the Musicians Union, are now campaigning to close what they say is a loophole allowing anyone to appropriate a band’s name by paying a £200 fee without having to provide adequate proof of ownership.

Despite their victory, they remain critical of the legal process. Drummer ‘Legs’ Larry Smith said: ‘The band has suffered monstrous threats, lies and claims that should never have been issued and then allowed to be processed in the first place.’