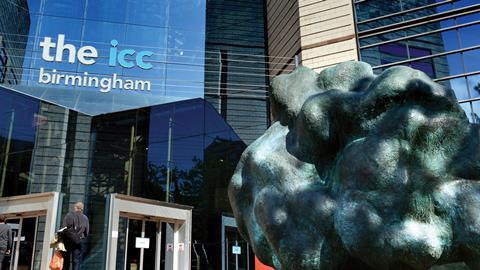 At least 1,000 compliance officers were in Birmingham last week for the Compliance Officers Conference 2019 – an exhausting day learning about regulatory challenges. In no particular order, the Solicitors Regulation Authority told firms to improve their price transparency, display the new SRA digital badge, adapt to a new handbook, be on guard against cybercrime – and watch for senior solicitors harassing junior staff.

By the final session on money laundering, compliance officers were being warned they could be facilitating everything from international drug-running to people trafficking, and they could expect a letter from the SRA asking what they were doing to combat it.

It was no wonder plenty bolted for the exits before BBC presenter and conference host Clive Myrie had wrapped things up. Many were presumably contemplating a more relaxing line of work, such as bomb disposal or tightrope walking.

Perhaps some delegates were beaten into submission. As one practice manager remarked: ‘For an organisation that constantly talks about relieving the burden on us, we seem to have more to worry about than ever.’

The list of tasks facing compliance officers begins with ensuring the SRA’s digital logo is displayed on their firms’ websites by 25 November.

The logo, described as an ‘illegal gimmick’ by one data protection expert last week (Gazette, 28 October), was introduced as a voluntary tool last year, and around 40% of firms have added it to their website – meaning thousands will need to act in the next three weeks. The regulator, needless to say, does not agree that the badge breaches data protection laws, but it does admit it collects anonymised information from web browsers.

On the same date as the badge becomes compulsory, a new slimmed-down Handbook comes into force. The new rules give solicitors the chance to work on a freelance basis or within unauthorised organisations. Staff retention could become an issue if solicitors decide they want to enjoy these new freedoms.

Hundreds of firms also have to do what they should have done a year ago and add information about prices, services and complaint procedures to their websites. A sweep of 500 random firms earlier this year found 17% had failed to comply, despite warnings of disciplinary action. The SRA confirmed it will repeat the sweep before Christmas, and non-compliance is unlikely to go unpunished again.

‘We have now contacted those firms that [were not fully compliant] and given them a time frame to comply or pointed out what they may want to think about,’ said policy associate Richard Williams.

The issue the SRA seems to prioritise over almost any other is money laundering. Chief executive Paul Philip repeatedly urged delegates not to think of compliance as a bureaucratic box to be ticked, and said the regulator has increased spending on combating non-compliance by £500,000.

Research has found many firms simply take a ‘cut-and-paste’ approach to their policy for avoiding unwittingly acting for money launderers. For Philip, that will not do. ‘A call from us should not be the prompt for a firm to get their act together,’ he said. ‘You need to take immediate action now if you are not on top of your money laundering risks. Where we have serious concerns, we will take strong action.’

Philip reminded attendees that there is potential next year for criminal liability to be introduced for solicitors aiding and abetting money laundering.

And finally, sexual misconduct is an area that is likely to see more cases come through the Solicitors Disciplinary Tribunal and potentially huge costs incurred prosecuting them.

Philip told the conference: ‘Some people say that the regulator shouldn’t be involved in this type of thing. I beg to differ. For the most part we are talking about breaches of our code, either through an abuse of authority or a lack of integrity.

‘We will always take action where that is the case. Given the changes in societal expectations we will see more of that in the coming years.’

Yet another job to stick on a regulatory list that never seems to diminish.