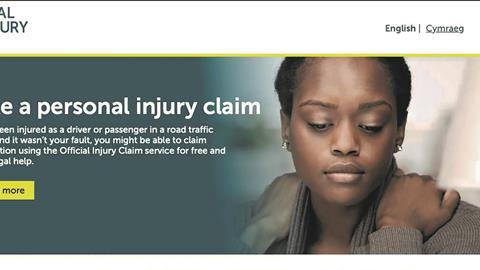 As the news media trumpet the government’s dubious line that PI reforms will cut motor premiums, injured people must grapple with a complex and confusing system for compensation claims

It is a safe bet that on a glorious bank holiday weekend the British public did not notice major reforms of lower-value personal injury claims.

Anyone interested in finding out might not have been much better informed from national media headlines such as ‘new rules to crackdown on fraudulent insurance claims’ (BBC) and ‘motorists set for £1 billion savings in crackdown on fake whiplash claims’ (ITV).

The reality of the changes coming into force on 31 May is that all whiplash claims are now subject to a fixed tariff for compensation and those RTA claims worth less than £5,000 are subject to the small claims limit. In short, claimants can expect to receive less and may have to act for themselves.

The government hailed the advent of the reforms, and the launch of Official Injury Claim – the portal for handling lower-value RTA claims – by repeating insurers’ pledges that motorists will be on average £35 better off each year.

Justice secretary Robert Buckland QC said that for too long the system for making whiplash claims has been ‘open to abuse by individuals looking for an easy payday – with motorists paying the price’.

However, critics quickly spotted problems. Complexity is one issue, with unrepresented litigants having to rely on a 64-page guide to running their claim. Richard Miller, head of justice at the Law Society, said there were ‘grave concerns’ over the ability of unrepresented claimants to use the portal. Solicitor and law firm owner Kerry Underwood, in a series of Twitter posts, slammed the document as ‘drivel’.

The issue of hybrid claims, where a victim has suffered whiplash (subject to tariff ) and a nonwhiplash injury (which is not) remains unresolved.

The government’s approach is that judges and courts should decide on where compensation levels should be set, and this will inevitably end up with test cases being resolved in the Court of Appeal. Representatives of claimant lawyers and insurers are working together to identify cases that might be suitable.

‘Under the Civil Liability Act, valuing hybrid claims is now all but impossible,’ said Matthew Maxwell Scott, executive director of the Association of Consumer Support Organisations. ‘This leaves claimants and their representatives in a legal no man’s land, uncertain whether or not to accept an offer.’

Concerns have also surfaced about the ease with which fraudsters might produce a copycat website to induce people to give personal details thinking they are registering a claim.

Meanwhile legal businesses must simply get on with it. Some smaller Marooned in ‘no man’s land’ As the news media trumpet the government’s dubious line that PI reforms will cut motor premiums, injured people must grapple with a complex and confusing system for compensation claims firms have closed or stopped running lower-value claims, but the larger providers have honed their business plan believing they can make it work – even on the suff ocatingly-tight margins of the new tariffs.

Cardiff-based NewLaw hailed the creation of its own portal pilot, a structured online process to help claimants collect information needed, submit their claims and keep track of progress. National Accident Law, now running these claims rather than farming them out to other firms, said it has introduced ‘new systems, a comprehensive digital journey and enhanced triaging capabilities’ to cut out paperwork and simplify the claims process.

Claims management company Call Brian promised to ‘disrupt’ the government-led portal with its own 24-hour service, carrying out ID checks, preparing retainer documents, sending automatic chaser messages and scheduling in medical appointments. The company said users will be able to submit their claims within nine minutes rather than have to go through the Official Injury Claim website themselves.

National firm Slater and Gordon unveiled miplatform, designed to give customers the use of a suite of legal services in a single digital product. It will be rolled out for family law, conveyancing and other legal services, but for now is only available to guide claimants through the portal process. Chief executive David Whitmore said users ‘can have full confi dence that leading legal experts are looking after their claim, underpinned by cutting edge technology built around their needs’.

Ultimately, the government expects claim numbers to drop following the reforms. Certainly, some unrepresented claimants, faced with a portal they must navigate themselves and with the prospect of lower damages at the end, will drop out altogether. Law firms still in the market must hope they can persuade enough people to stick with their claim and be prepared to share a chunk of their relatively meagre compensation in exchange for helping them through the process.