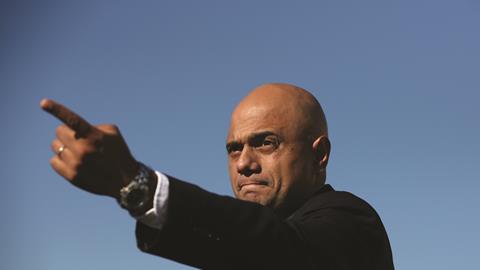 According to a YouGov poll this year, nearly two-thirds of people do not trust estate agents. So, when the government last week published research that showed higher satisfaction rates for estate agents than for solicitors… ouch.

‘Buying or selling a home is often claimed to be among the most stressful of life experiences,’ the government said. ‘The process can be lengthy, uncertain and carry unexpected costs, especially if the sale collapses, and is often criticised for not being as efficient, effective or consumer-friendly as it could be.’

When it comes to the blame game, conveyancing solicitors are very much in the line of the public’s fire. The research states that the most common frustration among homebuyers and sellers is the length of time that the conveyancing process takes.

So what can be done to make the process faster? Of all the suggestions the Department for Communities and Local Government proposes in its consultation paper, Improving the Home Buying and Selling Process, the most controversial, certainly among Gazette readers, is encouraging buyers and sellers to retain the same solicitor.

This emotive issue was last raised in 2015 by Dame Janet Paraskeva, chair of the Council for Licensed Conveyancers, who alleged that the freedom to represent both sides was being ‘abused’ by some practitioners.

In theory, acting for both sides should work. After all, the buyer and seller should both want the same thing – to exchange contracts as soon as possible. However, Solicitors Regulation Authority guidance suggests otherwise: ‘Although both parties have an interest in the transaction completing, their respective interests in achieving that goal are completely different, bearing in mind that one is buying and the other is selling,’ the regulator says.

Outcome 3.5 of the Code of Conduct states that a solicitor can never act where there is a conflict, or a significant risk of conflict, between the solicitor and their client. Although this does not prevent a solicitor from acting for both parties, ‘this is an area in which there is a high risk of a conflict arising during the course of the transaction’, the regulator warns.

Other factors that would need to be considered are: the complexity of the matter; the likelihood of negotiations having to take place; the bargaining power of the respective parties; any particular vulnerability of either party; the disruption and additional costs should you have to cease acting; and the length of the conveyancing chain involved.

Outcome 3.1 requires solicitors to have effective systems and controls in place to enable them to identify and assess potential conflicts of interest. Potential safeguards include: the clients being represented by two different fee-earners in the firm; informing the parties in writing of the risks and potential consequences should the firm have to cease acting; recording the factors in reaching your decision to act for both parties; and obtaining both clients’ informed written consent before proceeding.

But even then, the regulator warns, ‘bear in mind that if you will also be acting for the buyer’s lender, you will need to consider any specific requirements of the lender’.

There is, perhaps, a less controversial way to speed up the conveyancing process and reduce costs. Technology.

Under the headline ‘harnessing digital technology’, the government acknowledges that there has been innovation in the property search market, with buyers able to search for a new home on their smartphone. ‘However, there has been less private sector innovation in the official search and legal conveyance stages of the homebuying process. We want those processes to be equally consumer- friendly,’ the government says.

It is not for want of trying, however. Several attempts have been made to establish an e-conveyancing infrastructure over the past decade and a half.

Land Registry abandoned a programme to create an end-to-end system in 2009. The baton was later picked up by the Law Society in its Veyo partnership with IT services business Mastek, but the project was cancelled in 2015. At the time, the Society said that the availability of free products from commercial suppliers of case management systems had made Veyo unnecessary. One such system, the Free2Convey portal, enables conveyancers and estate agents to share documents securely and view the status of other parties in the chain.

Keen to provide a ‘firm foundation for a digital revolution’ in conveyancing, the government says it will continue to work with HM Land Registry to explore how data on property, such as leases, restrictions, covenants and easements, can be made available more easily. But it also wants to know how it can support further innovation ‘and help the industry harness the improvements in technology and access to government data, to facilitate a transition to digital registration and e-conveyancing’.

The government also picks up on another way to speed up the home- buying process, which has been the subject of much debate over the last year: advanced information for prospective buyers. Before you begin to fret, the government has signalled that it has no intention of bringing back the notorious home information packs, which were scrapped in 2010. However, it points to the fact that ‘standard legal forms’ are already completed by the seller as soon as they accept an offer, including information about, for instance, property boundaries, disputes and complaints.

The government believes that providing buyers with this type of information before an offer is made will help make a home ‘move ready’. It adds: ‘This will allow interested purchasers to make a better informed decision about whether or not to proceed, which may reduce the risk of buyers pulling out at a later stage.’

A straw poll conducted at the Conveyancing Association’s annual conference last year suggested solicitors are overwhelmingly in favour of ‘pre-contract packs’. Now is the chance to tell the government what information you think sellers should provide.

Sajid Javid, secretary of state for communities and local government, says the government is ‘not looking to rip up the existing system and start again’. However, he also does not want to wait 25 years for change. ‘Now is the time to have a grown-up conversation about the changes we need, and how to make them happen.’

On that sober note, the consultation closes on 17 December.