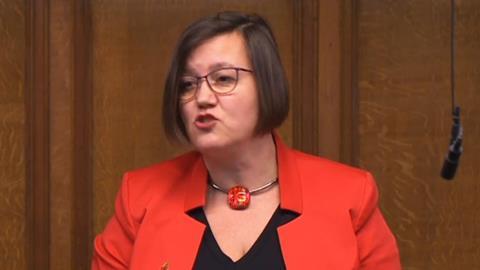 It was revealed last week that HM Courts & Tribunals Service has increased spending on public communications strategies by almost 50% since 2016.

A significant proportion of the current £1.4m budget must surely be spent on responding to the regular lashings from parliamentary committees flagging up issues with the £1bn (or £1.2bn, in some reports) programme to modernise the court system and move procedures online.

In the run-up to the dissolution of parliament, both the Public Accounts Committee (PAC) and Justice Select Committee rushed out damning reports on progress. While the committees’ priorities are different, the summaries were similar: this programme threatens to run over budget and over time, with little or no assessment of progress so far, and with physical courts closing when online alternatives are simply not in place.

Regular readers will spot these same criticisms from previous parliamentary reports. The PAC summed up a common frustration: while engagement from HMCTS is improving, no one seems to be listening and learning. All the while, as lord chief justice Lord Burnett observed in his annual report last week, courts crumble through lack of funding.

All of which feeds into the belief that dogmatic civil servants care more about the reform programme itself than enhancing access to justice.

The justice committee said: ‘Had access to justice been the primary focus of the reforms, we do not think we would have received such a volume of evidence criticising the approach of HMCTS… HMCTS’s enthusiasm for video-links and video-hearings is in sharp contrast to the views of people with first-hand experience of using this barely researched technology.’

The committee said court closures in both urban and rural areas have created ‘serious difficulties’ for court users, with ‘worrying implications for access to justice’. No more courts should close ‘pending robust independent analysis’ of the effect of the courts that have already been shut down.

The PAC was similarly exercised by the lack of foresight and planning that had gone into closing 127 court buildings since 2015 (77 more closures are planned in the next phase). It was also concerned there appears to be little contingency planning for an increase in work as the government recruits more police officers.

‘Proposed increases in police numbers and changes to sentencing could lead to a huge spike in demand as more people are prosecuted, affecting justice services already under considerable strain.’

The committee asked HMCTS for more information about progress on the project. This includes time frames once the next business case is finalised, an assessment of how reforms are affecting justice outcomes, a plan for measuring benefits, and an assessment of the effect of greater police numbers and potentially more people coming through the system.

As seems usual when MPs issue such censure, HMCTS incongruously welcomes the reports, going on to cite figures showing the success of the reform programme so far.

More than 250,000 people have used new online services since last year, with over 80% satisfied, the organisation states, and the new online civil money claims service has now received more than 100,000 claims.

Susan Acland-Hood, HMCTS chief executive, said the MPs’ comments reflected the ‘ambitious and challenging nature of the programme’ but also recognised the progress being made. ‘Improving access to justice is at the heart of our programme and we will continue to prioritise the needs of the most vulnerable as it progresses,’ she added.

‘We also recognise the need to redouble our efforts to listen to and engage with all those who work within the justice system. The committee acknowledges improvements in this area but rightly says there is more to do to win hearts and minds.’

The task of convincing sceptics appears almost sisyphean. There is every chance we will be back in six months reporting on the latest damning committee report on this most contentious of projects.