Nearly two years ago, in his interim report on civil justice reform, Lord Justice Briggs floated the idea of an online civil court resolving claims worth up to £25,000 without the involvement of lawyers. In theory, that could still happen. A very basic prototype has been undergoing two sets of private ‘beta tests’ – jargon for testing by a selected group of end-users – since the summer.

However despite upbeat announcements by HM Courts & Tribunals Service’s energetic new chief executive Susan Acland-Hood, it is becoming clear that the online court’s first few iterations will be considerably less ambitious than Briggs envisaged. And to get even that far will mean tackling a number of awkward questions – including that of where solicitors fit in the scheme.

Last week’s bar conference gave Acland-Hood a chance to pitch her plan to an informed and highly sceptical audience. The online court is only one element of the £1bn courts reform programme, at least two elements of which, court closures and flexible sitting hours, have attracted the profession’s fury. But these are only enabling elements of a wider strategy to transform the courts system through IT. (A cynic might suspect a decoy strategy at work here.)

New developments, she said, include the implementation of online sentencing for fare evaders at Lavender Hill Magistrates’ Court, London: ‘We’re now putting 350 cases a week through this system.’ The next step will be to take in DVLA and TV licensing penalties, she added.

As for the online court, she was careful to play down the ‘lawyer-free’ aspect, emphasising that the intention is merely for the system to be navigable by lay litigants. Legal professionals would act in ‘many claims’ and the system will be expanded to meet their needs. ‘We will also provide an online negotiation and settlement tool, and expect to see many more people getting redress quickly and simply.’

For the moment, however, the version on test is considerably more modest. It handles disputes between two parties only with a value up to £10,000, for specified-sum claims such as unpaid invoices rather than injury compensation, and processes the issue of claim and response only.

‘It is still early days, but my impression is that the online court is going a lot slower, with far less of the results that were once envisaged,’ leading civil litigation silk and deputy High Court judge Derek Sweeting QC of 7 Bedford Row told the conference. He pointed out the difficulties of evolving the system to handle anything more than the most basic claim. An attempt to create a decision tree to guide litigants through holiday claims, for example, had quickly ended up with ‘hundreds and hundreds of branches – literally like a tree’. It has since been shelved, he said.

The modest start is in keeping with the ‘agile’ approach to building IT systems adopted across the government after a string of fiascos involving ‘big bang’ computer projects, including several for the courts. The golden rule is to build in small components, get them out for testing by real users, and tweak them continuously based on real experience. Once developed, these components can be installed many times across the overall system.

‘We’re building lots and lots of Lego bricks,’ Acland-Hood said. One example is a system for tracking appeals, to be installed initially in a system to give social security and child support appellants updates by email and text. ‘The basic engine could be used across pretty well any type of case,’ she added. This is also the key to future-proofing the system, which Acland-Hood defined as building for ‘2050 not 2015’.

Agile project methodology, however, is not much help when many basic questions about the end system remain to be answered. One is when and how the system should encourage litigants in person to seek legal advice. Both the Bar Council and Law Society are urging HMCTS to include a button labelled something like ‘seek professional advice’ which would take litigants to the Find a Solicitor website and a list of public access barristers. Lawyers are also suggesting a ‘pause’ button allowing litigants to hold the process in order to print off copies of the claim for checking by a third party.  ‘It is critical that legal advice remains available to help consumers navigate the online court,’ says Law Society president Joe Egan. ‘We strongly endorse the view that any online system should feature clear signposting to appropriate sources of legal advice.’

Andrew Langdon QC, chair of the bar, told his conference that the online court ‘sounds like it may be a partial solution in relation to straightforward money claims, provided that there is always room to get advice from someone who knows the law and has relevant experience – otherwise known as a lawyer – and room for challenging witnesses where veracity or accuracy is in issue’. 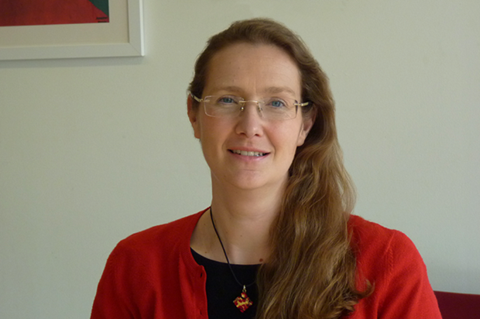 Despite these arguments from across the profession, the Gazette understands that HMCTS is reluctant to include directories of lawyers on the grounds that litigants might be confused.

A related issue is how to assist litigants who lack basic computer skills as well as legal representation – an elderly manual tradesperson chasing an unpaid bill, for example. At the conference, Acland-Hood revealed that HMCTS has retained the Good Things Foundation, the UK’s largest digital inclusion charity, to provide ‘assisted digital’ services. The issue here is how to deliver guidance about how to fill in a digital form without stating what to put in the form. ‘It’s easy to drift into giving legal advice,’ one solicitor said.

Another concern is the apparently relaxed approach the online court seems to be taking to ensuring that litigants are who they say they are: the main check in the pilots is the national insurance number. Authenticating citizens’ identities online is a problem across public services given the slow take-up of the government’s official ‘Verify’ e-signature system. A potential problem with the online court might be vexatious claims based on stolen identities. People who would never perjure themselves in front of a physical judge, or even in a formal letter, can behave differently online.

Even more fundamental is the legal status of the court itself. For the civil claims process to go fully online – to serve papers electronically, for example – primary legislation will be required. This was supposed to be the Prisons and Courts Bill, which was a casualty of the general election and is yet to resurface.

Finally, there is the question of cost. The online court is funded out of the notional £1bn announced this year for courts reform, but the Ministry of Justice seems remarkably relaxed over the spending timetable. ‘The programme will run to around 2020,’ a spokesperson told the Gazette. It looks as if plenty of agility will be required to keep the Lego bricks stacking up after that.