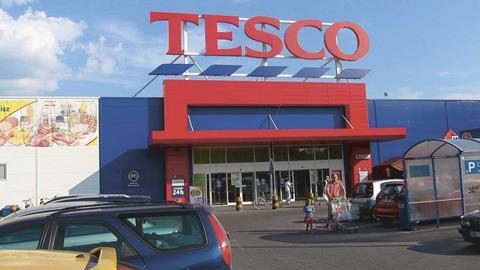 In the second of a two-part investigation, the Gazette discovers how major corporates are pushing their legal firms to increase diversity and inclusion – amid fears that such policies could backfire

Coca-Cola’s decision to join a long list of US corporates threatening to withhold fees from panel law firms that fail to meet minimum diversity requirements prompted the Gazette to find out if the UK’s biggest in-house legal teams are equally activist. Responses so far show that UK plc has adopted a range of less strident – but nevertheless varied – approaches.

Last week, we revealed how NatWest and Diageo have used their panel reviews to see how committed firms are to diversity.

Pharmaceutical giant GlaxoSmithKline, meanwhile, told the Gazette it developed a Premier Legal Partner (PLP) programme last year. GSK’s lawyers are required to use the company’s key law firms for most legal engagements. However, there is an automatic exception (subject to GSK’s other policies governing law firm engagement) for ‘diverse-owned’ firms. For instance, the company moved a large and recurrent piece of work from a large, traditional firm to a female-owned firm.

GSK expects its large law firms to assign diverse talent to work on the company’s matters. It is also conducting a diversity survey of its key firms, which will gather standard demographic data about them, and specific data about the diversity of lawyers working on GSK matters.

‘We will use this data in our evaluations of the PLP firms, and as part of an ongoing dialogue with law firms to partner with them to improve diversity in the legal profession,’ a spokesperson said.

It does seem that law firms need the incentive of the stick as well as the carrot, and that without incentives, many law firms will fail to do justice to EDI

Telecoms giant BT requires its panel firms to report annually on gender balance and ethnicity across partner, associate and trainee levels. Leeanne Whaley, BT’s transformation director for legal, said: ‘At the end of the contract term, the three law firms with the best gender and BAME representation across the levels will benefit from a press release issued by BT naming them as diversity and inclusion champions on the BT panel.

‘The panel law firm with the best gender and BAME representation overall will also automatically receive a place on the next panel, subject to submission of pricing and basic compliance requirements.’

BT Legal recently completed a panel review of its flexible contracting arrangements. This included the same diversity and inclusion (D&I) requirements with the agency firms appointed to the panel.

Diversity and inclusion is part of Tesco’s engagement terms with principal law firms, but the supermarket giant does not deduct fees in relation to its D&I requirements.

Tesco said: ‘Diversity and inclusion has always been at the heart of Tesco and is embedded in our values. Tesco Group Legal is a signatory to the GC 100 D&I Initiative. We have an active D&I programme within our team and are committed to working with all of our external law firms to improve overall representation across the legal profession.’

In its 2018 panel review, housebuilder Taylor Wimpey requested information on firms’ approaches to corporate social responsibility, initiatives involved, and details of their D&I policies. Meanwhile, National Grid is still at the stage of examining what it can do to encourage greater diversity among its panel law firms.

In the UK, then, exhortation and disclosure – rather than diktat – seem to exemplify the collective approach of the FTSE 100. But is that enough?

Joss Saunders, general counsel for Oxfam, said: ‘It is a very positive development that SRA Principle (6), requiring a solicitor to act “in a way that encourages equality, diversity and inclusion”, is at last being recognised and given effect in a practical way. It does seem that law firms need the incentive of the stick as well as the carrot, and that without incentives like Coca-Cola’s, many law firms will fail to do justice to EDI.

‘We can all look forward to the day when all law firms demonstrate by their partner statistics that diversity has worked its way through the system to the top, and incentives are no longer necessary. For the time being Coca-Cola’s action is necessary and to be applauded. It would also be good for more in-house firms to show their support through similar action.’

Anu Kaura, head of legal and group in-house lawyer at Malhotra Group, said Coca-Cola obviously felt its ‘extreme measure’ was necessary to force the issue of diversity on those the company instructs. ‘I cannot imagine they have taken this step lightly, and perhaps have tried more subtle influencing prior to taking such extreme measures.’

However, Kaura is worried this could have a negative impact on the legal sector, ‘as positive discrimination for the sake of it does not necessarily neutralise the imbalance or provide the foundation for true equality and recruitment on the basis of merit’.

Bhavisha Mistry, general counsel at Mawdsleys, a global pharmaceutical wholesaler, said: ‘It’s great that diversity is a top priority for Coca-Cola, but I fear that measures such as these could result in resentment and a feeling among those falling within the “diverse community” that they are being selected simply because of their characteristics and not their merit, and those around them may perceive them in such light too.

‘For me, opportunities to build relationships with people from diverse backgrounds foster an environment where people don’t think of themselves as different from one another. Over time, as a consequence, direct and indirect discrimination will be eradicated. Wishful thinking maybe, but I don’t see quotas like this as a successful long-term strategy.’

Veta T Richardson, president of the US Association of Corporate Counsel, commented: ‘In the aftermath of the killing of George Floyd and the international protests that followed, many statements were issued. I applaud the growing number of GCs who are now taking bold actions and demanding results. It is well known that organisations measure what they value, and what is measured is accomplished. The same approach applies to DEI policies, which requires setting clear goals and accountability to spur change. ACC is and will continue [collaborating] with our members to further collect, develop, and disseminate resources and best practices to help law departments in their efforts.’

Let us end at the beginning. The US tech giant HP was the true pioneer in EDI, as in 2017 it informed law firm partners of its ‘diversity holdback mandate’.

Harvey Anderson, HP’s chief legal officer and corporate secretary, told the Gazette last month that, ‘at HP, diversity, equity and inclusion are fundamental values that drive our business strategy and culture. In addition to increasing diversity inside HP, we saw an opportunity to increase diverse staffing on legal firms that support us.

‘We created the legal holdback initiative in 2017 that would withhold 10% of the billable hours on HP legal matters if firms do not have at least one diverse relationship partner or at least one woman and one racially diverse attorney.’

Following this, more than 170 US-based GCs threatened to pull their millions from ‘largely male and white’ firms.

Three years on, how successful has HP’s ‘diversity holdback’ mandate been? Anderson responds: ‘Since launch, the compliance rate of the firms doubled from 46% to 95% today. We’re proud to use our influence and spending power to drive societal change.’

Could it be that the UK’s corporate behemoths need to get tougher?