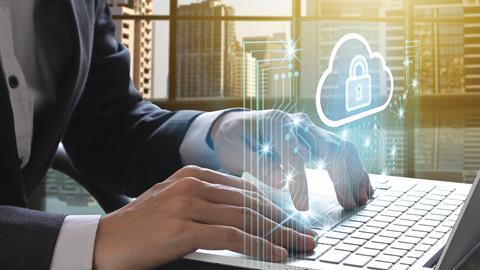 It is part of a lawyer’s lot to represent unpopular clients or causes, but it is nonetheless bold of the legal profession to appear to criticise international efforts to curb corruption and financial crime. That will be among the charges levied against the International Bar Association following its publication this week of a strong statement in defence of lawyer-client confidentiality.

The IBA, which represents 190 bar associations and law societies from 170 countries, published the statement amid concerns that confidentiality, or professional privilege is under attack. The main charge is that it ‘is given insufficient weight’ in comments from ‘various supranational agencies’. These include a UN panel on ‘accountability, transparency and integrity’, the OECD’s Global Anti-Corruption & Integrity Forum and the Financial Action Task Force. ‘These entities, previously supportive of the rule of law, have become increasingly frustrated at the apparent barriers that the rule of law poses to strong executive political action to solve various global crises, such as climate change, terrorism and corruption.’

This is a deeply worrying trend. In a foreword to the statement, Lord Neuberger, the former Supreme Court president, writes that client confidentiality is a key aspect of the rule of law. He notes that legal privilege ‘can cause inconvenience or even apparent unfairness in a particular case’ – but that ‘it is not right for governments to start deciding on the extent or nature of the privilege to be enjoyed in any particular case.’

Overall, ‘the general benefit of the principle of lawyer-client confidentiality far, far, outweighs any occasional disadvantage to which it gives rise.’

Of course the IBA statement stresses that there are legitimate reasons to override privilege – the obvious one being unlawful conduct by a lawyer – but such exceptions must be kept to a minimum and applied only in extreme cases.

The statement goes on to set out in principle how such a balance may be struck. Confidentiality should be disapplied ‘in appropriate, but narrow circumstances’. It also suggests that some abuses of confidentiality may be unintentional; giving the example of a junior lawyer ‘tasked with analysing potentially thousands of emails’ and making a mistake. In such cases ‘criminal prosecution is unlikely to be appropriate’.

Another aspect of balance is that, where state authorities wrongly override confidentiality, for example by seizing papers, legal sanctions should apply. At present, even in countries where privilege is protected by law, the penalties for breaches ‘are so insubstantial that there is no incentive for the investigation authorities to discontinue such practices’.

'We have heard too many stories of [privilege] being abused to conceal vital information from law enforcement, and concerns that the boundaries of it are poorly understood in the legal profession and poorly regulated'

The IBA calls on regulators and representative bodies to ‘devote enhanced attention to the responsibilities and rules associated with lawyers’ obligations under lawyer-client confidentiality, expand training regimes for newly admitted lawyers and provide refresher training for existing lawyers’. For their part enforcement agencies and governments ‘need to recognise that civil society has multiple important issues that need to be balanced’.

It hopes that law enforcement agencies will engage in a dialogue with the IBA.

The Law Society congratulated the IBA on its stance. Head of international Mickaël Laurans said: ‘In recent years, a number of international organisations as well as national governments have sought to attack or weaken this principle. That is why a response from the international legal community is required. Lawyer-client confidentiality is a cornerstone of access to justice, the administration of justice, and the rule of law in a fair and democratic society.’

Laurans noted another public policy benefit: ‘It is the job of lawyers to give advice that allows their clients to make informed decisions. Without this, many more decisions would be made in ignorance of the law, and the courts would be overwhelmed with cases that have no prospect of success.’

It remains to be seen whether this will impress what seems to be a growing chorus of concern about the role of lawyers in dubious transactions. Susan Hawley of campaign group Spotlight on Corruption noted: ‘We have heard too many stories of [privilege] being abused to conceal vital information from law enforcement, and concerns that the boundaries of it are poorly understood in the legal profession and poorly regulated.

‘If the IBA defence is to have credibility, it needs to lay out how these potential abuses can be prevented.’