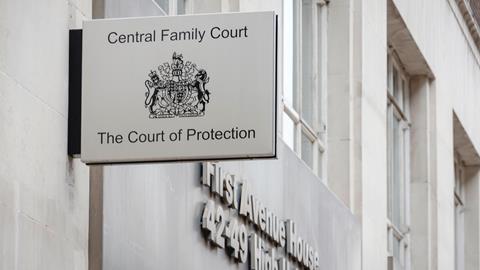 News focus: How should the family court treat allegations of domestic abuse?

In a landmark case, the Court of Appeal heard from lawyers how the family court should treat allegations of domestic abuse. The appeal court’s ruling is likely to have far-reaching implications

Solicitors and others involved in the family justice system were given a rare opportunity last month to tell the Court of Appeal how the family court should treat allegations of domestic abuse, and coercive and controlling behaviour.

The open question was part of a groundbreaking case centred on four linked appeals, brought by mothers, related to family law proceedings involving the welfare of children.

The last time the appeal court was asked to give general guidance on the approach to domestic abuse in child contact cases was more than two decades ago. Practice Direction 12J was subsequently issued, setting out what the family court is required to do in cases where it is alleged or admitted that the child or a party has experienced domestic abuse perpetrated by another party or that there is a risk of such abuse.

Submissions made during last month’s hearing by counsel for all the parties and multiple interveners suggest a review was overdue.

The Scott Schedule is a schedule or table used in family court proceedings to set out the allegations in dispute. ‘Everyone in this case has acknowledged difficulties with the Scott Schedule,’ Janet Bazley QC, representing one of the fathers, said.

Christopher Hames QC, representing one of the mothers, said: ‘The important point we make about the Scott Schedule is, [it] may not be fit for purpose in the sense that what is often overlooked is that the court must be keen to discern patterns of behaviour. Often it’s [a] question of analysing individual set-piece events. But the court has to analyse a whole series of matters of behaviour which, by themselves, may not be as significant as they are when taken cumulatively if they form that pattern of behaviour that gives rise to coercive and controlling behaviour.’

Professor Jo Delahunty QC, appearing for one of the mothers, raised issues with the CA1, a supplemental information form which she described as a ‘precursor to what may become the Scott Schedule’. She said there was no explanatory guidance and the form was predicated on the person knowing what the abuse is.

Amanda Weston QC, also acting for one of the mothers, said an early ground rules hearing would enable the family court to identify at an early stage the scope of inquiry, depending on the allegations.

Denise Gilling, representing one of the fathers, said there was already a wealth of information and assistance available, such as the practice directions. ‘Our submission is that the concern is not so much that the tools are not there for the court. It’s more, sadly on occasion, that they are perhaps not implemented on a consistent basis and consistently across the board.’

As well as the need for judicial continuity, Gilling said the courts need to take a more practical and proactive approach. A clear checklist could be provided at the end of the first hearing and dispute resolution appointment (FHDRA), which the lay parties can take away, considering what evidence will be required if there is to be a fact-finding hearing. Greater use should be made of pre-trial reviews.

Barbara Mills QC, representing pressure groups Rights of Women, Women’s Aid, Welsh Women’s Aid and Rape Crisis England and Wales, said language is important when dealing with domestic abuse allegations. The phrase ‘lived experience’ would be preferable to words such as ‘story’ or ‘narrative’, which imply an element of fiction, she said.

Sarah Morgan QC, for activist group Families Need Fathers, said: ‘The word “parent” has seldom been heard at this hearing in the last two days. There remains a rather gendered flavour to the debate… It needs to be recognised that often victims of domestic abuse are indeed mothers of those children. But sometimes they are not. Often, perpetrators of domestic abuse, of coercive control, are the children’s fathers, but sometimes they are not.’

Teertha Gupta QC, representing one of the fathers, called for a rebuttable presumption. ‘The burden should be on the accuser to rebut the presumption in favour of contact.’

The court’s judgment is likely to shape the family court’s approach for the next two decades. We will soon find out what that will look like.