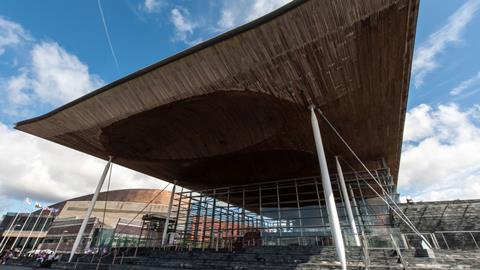 News focus: Impact of Covid-19 on justice system in Wales

Wales has led the way when it comes to making and explaining accessible new laws in response to the pandemic, but what good is creating offences without a justice system to enforce them?

It is almost a year since the Commission on Justice in Wales, chaired by former lord chief justice Lord Thomas of Cwmgiedd, delivered a radical blueprint for the further devolution of justice policy and funding. It met with a lukewarm response from Westminster. But has the pandemic shifted the dial?

Discussing the impact of Covid-19 in a seminar last week, Lord Thomas said no one could have contemplated Welsh law becoming something people would have to grapple with in their day-to-day lives. They have become ‘more conscious’ of devolution amid the crisis, he added.

Dylan Hughes, first legislative counsel and director of the Office of the Legislative Counsel (OLC), which drafts Welsh laws, said their content and volume have been extraordinary: ‘For Welsh law it has been quite a challenge. Up until now we have needed to make law that is generally related to the public sector. It is quite rare for our law to touch upon the daily lives of people of Wales in the same ways as criminal orders and in the same ways as some of the laws the UK government make.’

On the one hand, the law was imposing restrictions on public health grounds ‘that are extremely difficult to comply with… At the same time, we have to be aware of the complexity of daily life’, he added.

To deal with the ‘fundamental tension’ in the law between the need for clarity and certainty on the one hand, and flexibility on the other, the OLC used the concept of ‘reasonableness’.

Hughes said: ‘That word, “reasonableness”, means we have to do a lot of work in addition to drafting. We have built up processes under which all decisions, all law drafted, is accompanied by guidance and a series of FAQs, in addition to press releases and other forms of communication through social media, to explain what the restrictions mean to everyone as they go about their daily lives.

‘The difficulty is the law we have had to develop is, by necessity, quite complex because of the issues we are trying to tackle. We as lawyers in the Welsh government have been quite central to that process… We have done as much as we can to ensure the rule of law is respected.’

Covid-19 guidance on the Welsh Government’s website includes a section on ‘coronavirus and the law’. It lists every amendment to the health protection regulations.

When it comes to explaining the law and making it accessible, public law barrister Tom Hickman QC, of Blackstone Chambers in London, said Wales has led the way.

‘It was publishing a really good version of the regulations which showed the amendments, it was up to date, saying what the law was. That was totally fantastic and was not replicated at all in England.’

Hughes said the OLC has worked to the best of its ability to ensure the law is published as soon as possible before it comes into force. By contrast, Hickman said regulations introducing the ‘rule of six’ in England were published less than half an hour before they took effect.

Hughes added that the restrictions in March requiring everyone to stay at home constituted ‘something we did not do lightly, but it impacted upon everyone, all aspects of life in a way we never thought we would have to do. Less obvious but just as remarkable is that over the last six months, we have developed a bespoke Covid-19 health and safety regime. It is something quite unprecedented’.

Last week, the Welsh government enacted the 100th piece of coronavirus-related subordinate legislation. A third of statutory instruments have imposed widespread restrictions and obligations on the people of Wales.

Carwyn Jones MS, the former first minister who announced the Commission on Justice in Wales review in autumn 2017, said it is ‘plainly daft’ that Wales can create offences but lacks a justice system to enforce them.