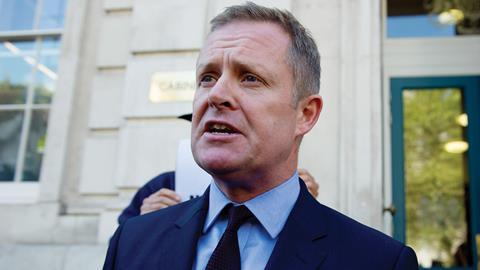 Ahead of Thursday’s landmark report from the Commission on Justice, speakers at this year’s Legal Wales conference hailed a ‘generational’ opportunity to simplify a mountain of legislation

Making Welsh law more accessible was the overarching theme at this year’s Legal Wales conference, held on 11 October at the University of South Wales in Treforest. Speakers included the lord chief justice, Lord Burnett of Maldon; master of the rolls Sir Terence Etherton; and the counsel general for Wales, Jeremy Miles AM. 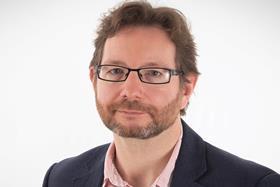 The conference took place less than a fortnight before the Commission on Justice in Wales was due to deliver its full report, a fact acknowledged by Professor Elwen Evans QC, one of the nine-strong commission, as ‘the elephant in the room’.

However, there was lengthy discussion of the one recommendation already released – the creation of a Law Council of Wales to promote legal education and awareness of Welsh law. Welcoming delegates to the conference, Huw Williams described how the new council would affect the future direction of the Legal Wales Foundation, which he currently chairs.

While maintaining its role as a convenor of Wales’ legal community and continuing with its annual conference, Legal Wales will turn its attention to education and on widening access to legal careers. Williams said: ‘The board has agreed that Legal Wales should begin to work in collaboration with the Lord Edmund-Davies Legal Education Trust to run a summer programme for learners based in Wales who have no previous family connection with the law.’

Speakers lauded the steps already undertaken to clean up and simplify the statute book in Wales, in particular the recently enacted Legislation (Wales) Act 2019. Sir Nicholas Green, chair of the Law Commission of England and Wales, hailed the act as a ‘generational’ chance to address a ‘vast amount of complex, detailed legislation… most of which is simply inaccessible to the ordinary individual’.

He told the conference that many people in Wales felt disconnected from the law. ‘So much of it is jargon-strewn, highly complex and technical,’ he said. ‘The substantial curtailment of legal aid has also served to reduce access to the law: more private citizens represent themselves in courts and tribunals than ever before, and they need to understand their rights and obligations.’

The keynote speech was delivered by Etherton. He invoked Bishop William Morgan, translator of the first Bible into Welsh, as a role model for current endeavours to improve Welsh-language provision in the justice system.

These include the option to bring online civil money claims in Welsh – a facility that HM Courts & Tribunals Service will institute by the summer of 2020 for small claims – and an ongoing collaboration with The National Archives to create a comprehensive and up-to-date database of legislation in the Welsh language.

He said: ‘I hope and intend that the various structures now in place can ensure the senior judiciary are properly informed of the needs of court users in Wales, and will assist in ensuring that civil justice in Wales in the 21st century is as accessible as Bishop Morgan’s Bible translation was and continues to be.’

In the afternoon session the counsel general for Wales set out the four main initiatives by which the Welsh government intends to make the law more accessible. First, a scheme is being developed to classify all primary legislation by topic, allowing users to search laws ‘conveniently by subject matter, not solely by the year it was made’. The process will begin with new additions to the statute book, before moving backwards year by year to retrospectively add meta-data to all legislation within devolved areas.

The second stage will be to remake Welsh law in accordance with this classification, thinning down the number of Senedd (Welsh parliament) acts on each topic. Miles admitted this was the most ambitious of the goals, and could ‘take a generation or more to achieve’.

The third initiative is to codify this consolidated law, ensuring that its structure remains intact. In part, this will be achieved by requiring that every proposer of new legislation must justify any departure from the codified form. Finally, Miles told the conference, ‘improving our communication about the law, and providing more non-legislative clarification of its meaning will supplement the other initiatives’.

He cited the model of the Law Commission of England and Wales – ‘lawyers overseeing the law’ – as an inspiration for the Legislation (Wales) Act that has kick-started the process. ‘Its purpose is to make Welsh law more accessible, fairer and more straightforward to use,’ he said. ‘It makes provision about the interpretation and operation of Welsh legislation and requires the counsel general and Welsh ministers to take steps to improve the accessibility of law.

‘Its underlying purpose is similar to that of the Law Commission – reforming the law for the sake of the law itself, making it less complex and easier to understand closely at the level of individual enactments, but crucially also as a collective body. We want to develop an accessible Welsh statute book which users can easily navigate and comprehend.’

However, he stressed that the impact of such changes would be limited without addressing the ‘increasingly ill-fitting framework of an England and Wales jurisdiction’. He said: ‘This isn’t a subject for today, but our complex and, I would argue, illogical devolution settlement, including the quirk of history that is the single England and Wales legal jurisdiction, makes this task [of reform] more difficult’.

David Greene, vice-president of the Law Society, urged a cautious approach to any such constitutional change. This chimes with the findings of the ‘rapid review’ of the legal sector in Wales recently completed by management consultancy Jomati on behalf of the Welsh government. It found the Welsh legal profession’s view on a separate jurisdiction to be ‘highly nuanced’, and ‘underpinned by a common concern… is this going to help or hinder my business?’

Greene said: ‘The Welsh government should be proactive in developing a jurisdictional solution to the accommodation of Welsh law and the distinct needs of Wales, but without creating barriers for the operation of justice or the ability of practitioners to work across England and Wales. A shared regulatory system should be maintained and developed to accommodate Welsh and English law and practice.’

Concluding the plenary speeches, the lord chief justice expressed his confidence that members of the judiciary at all levels were committed to hearing Welsh cases within Wales. Lord Burnett reiterated his belief in the value of the Supreme Court and Court of Appeal making the journey from London to sit in Wales. He went on to pay tribute to the counsel general, thanking him for his ‘ringing endorsement of the importance of the rule of law and the independence of the judiciary’.

From the podium, he told Miles: ‘One of my first topics of discussion with your predecessor and the then first minister was that Welsh law was not sufficiently accessible to those who needed to use it. I’m delighted that so much work is being done to put that right.’