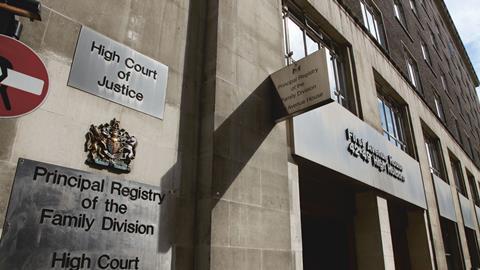 One man’s experience of being ‘dragged through the mud’ by a McKenzie friend highlights why this ‘grey area in the law’ is troubling the legal profession. Max Walters reports

Paid McKenzie friends are a growing phenomenon – and one causing concern in the legal profession. On the face of it, the option of having a friendly and reassuring face alongside you in court may appear welcome for many litigants, particularly those who fall outside the scope of legal aid.

However, professional bodies such as the Law Society point out that unregulated and unqualified McKenzie friends have no standards to adhere to and no need to prove they are capable of acting in a court or are worth the fees they charge.

A case study brought to the attention of the Gazette brings the message home. The litigant, whom we refer to as John, lost contact with his children after a family dispute in relation to which paid McKenzie friend David Bright was found guilty of perverting the course of justice. Bright was jailed for a year last month.

Bright, who represented John’s ex-wife, ran an organisation called The Parents Voice (TPV) which offered McKenzie services in custody battles and family disputes. He submitted a report in court about John’s children that he said had been written by a clinical psychologist. It was in fact compiled by his colleague and unqualified partner Claire Silverstone. She was also jailed.

Bright told the Gazette before he was sent to prison that the report was not used in court and that he ‘genuinely believed’ his partner was a qualified psychologist.

But John says his experience with Bright has had a profound impact on his current sad plight. Since the court hearing he said he has been estranged from his children and lost his job.

He added that he had been ‘dragged through the mud’ by an unqualified duo who should not have been operating before a family court.

The true impact of the report – if any – cannot be verified but John described his subsequent dealings with Bright as like being subjected to a ‘harassment campaign’.

The Gazette has seen emails from a north London police team apparently informing John that a harassment warning had been served against Bright in relation to his conduct. ‘I said I would go to police and he ignored me. He wrote to me and sent me texts – so I had no option but to seek a harassment warning,’ John said. He claimed that Bright’s ‘abusive and threatening’ behaviour saw him overreach his duties as a McKenzie friend.

A consultation by HM Judiciary on the issue of paid McKenzie friends closed in June, but a response is still awaited.

No timescale is in place for when the judiciary will publish any findings on the matter. A spokesperson told the Gazette that a summary of responses would be published ‘in due course’.

Responding to the consultation in May, the Legal Services Board and the Solicitors Regulation Authority said there was no case to ban fee-charging McKenzie friends.

The LSB argued there was not enough evidence that their existence was harming consumers, while the SRA said that a blanket fee ban would mean litigants in person ‘may not get access to support, even where there are no quality issues’.

However, the Law Society and the Bar Council want a ban on McKenzie friends receiving ‘any form of remuneration’ for providing legally reserved activities.

Law Society president Robert Bourns has warned that clients of fee-paid McKenzie friends have no assurance of their legal knowledge – and may be left with no redress if things go wrong. ‘Our members have witnessed the damage done by inexperienced and, on occasions, unscrupulous McKenzie friends,’ he added.

The Bar Council is running separate research alongside the University of Cardiff. Chair Chantal-Aimée Doerries said: ‘Despite the seriousness of the issues being dealt with in the family courts, such as matters affecting children, little is currently known about the work of McKenzie friends.

‘We believe that families and the wider public are in some cases paying for McKenzie friends without realising that these individuals are unregulated and often unqualified and uninsured. Individuals who want to act as McKenzie friends should only be allowed to do so where they do not receive a payment for the assistance that they provide to a litigant.’

In letters sent by Bright and TPV, which said ‘these offices assist your ex-wife in numerous matters’, John is told that he must pay maintenance fees or face a court order.

One letter added: ‘If payment is not made, then your ex-wife will have no option [other] than to file a formal enforcement application to court at which point it is very possible that a full forensic study of the financial matter would have to take place.’

John told the Gazette: ‘Why is a McKenzie friend, who is supposed to be there merely to assist the other side, contacting me, as a solicitor would, through letters, phone calls and further harassment?’

Ray Barry, chair of the Society of Professional McKenzie Friends (of which Bright is not a member), said there is a ‘grey area in the law’ concerning what Mckenzie friends are allowed to do.

Barry said rights of audience and rights of conduct of litigation are both reserved activities and it would be a criminal offence for a McKenzie friend to do either unless ‘given specific permission’.

‘While it is fairly clear what right of audience means, conduct of litigation is something of a grey area,’ Barry said. ‘Case law tends to limit it to passing oneself off as a solicitor when one is not, or purporting to represent someone as a solicitor would do’. He added that simply contacting an opposing party is unlikely to be construed as conducting litigation, provided that the McKenzie friend makes it clear they are not a solicitor and do not represent the litigant.

The Gazette has attempted to put these points to Bright but has not been able to make contact. A message on his website reads: ‘Dear all, I am sure that by now you know of the situation.’

While it is unclear whether the communications in John’s case breached any law, John believes the damage has already been done.

‘The law offered me no protection when I was involved with my ex-wife. There were constant details about me splashed over social media, I lost my job and source of income and standing in the community. My whole world has imploded because of this.’