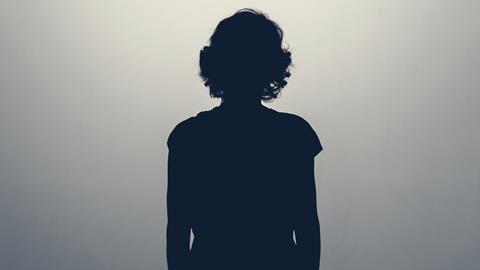 News focus: Should the right to justice override the principle of transparency?

Open justice in the digital age

Occasionally, a claimant at the employment tribunal will contact the Gazette in distress, after seeing reports of their case apparently plastered all over the internet. Many seem unaware of – and certainly unprepared for – the implications of open justice in the digital age.

The problem for all claimants before the employment tribunal (and other jurisdictions such as the first-tier tax tribunal) is that their litigation is permanently recorded online and, if your name happens to be unusual, likely to appear near the top of online search results. The issue is likely to come to a head as the government’s plan for a single database of court judgments, hosted by the National Archives, comes to fruition.

The judgment in A v Burke and Hare handed down last week illustrates just such a predicament. The claimant had worked as a stripper and sought £1,850 from her former employer for holiday pay arrears. Before the tribunal could consider her claim the issue of anonymity needed to be resolved. The claimant did not wish her name to be published in any judgment, saying she had moved on in her life and had kept her past career a secret from family and friends. She had performed under a pseudonym and produced medical evidence that her mental health would suffer if her real name was revealed.

Saying she may drop her claim than allow her name to be made public, she asked the Employment Appeal Tribunal (EAT) to intervene.

Lord Summers, sitting in the EAT, accepted there was evidence that strippers were stigmatised, but that alone did not justify an anonymity order. In the employment tribunal at first instance, the employment judge – unnamed presumably to protect the claimant’s identity – had said the claimant should have foreseen that working as a stripper might harm her career prospects, and any adverse effects from the publication of a judgment bearing her name should be regarded as a consequence of her choice of work.

On a wider note, Lord Summers ruled that the principle of open justice required her name to be published. He said the appeal depended on the balance to be struck between the claimant’s right to privacy and the principle of open justice. Given the possibility the claimant would proceedings if her request was unsuccessful, she argued that elevating open justice above the right to privacy would effectively impede access to justice.

Lord Summers concluded: ‘The law does not exist to provide access to justice whatever the cost. The principle of open justice represents a commitment to transparency that is designed for the greater good. It may not always serve the interests of the individual.’

The decision divided opinion. Some commenters asked why open justice should override an individual’s right to justice, while others stressed that the bar for anonymising parties is necessarily high.

Barrister and mediator Colm Nugent of Chambers & Partners pointed out that anonymity orders are not made on the basis of subjective sensitivity, and while the claimant considered her previous career to be a source of potential embarrassment, many others may not. Would the same leeway be granted, he asked, if the claimant was a former banker embarrassed by their previous career?

Employment barrister Jason Braier, from 42 Bedford Row chambers, said in this case the claimant’s preference for anonymity was ‘understandable’, yet adherence to open justice meant she felt reluctantly compelled to withdraw what may have been a perfectly good claim. ‘It’s not a case with a high profile or where her identity can possibly rank highly in the public interest,’ said Braier. ‘I wish the courts applied a more contextually balanced approach when faced with a request for an anonymity order in such circumstances.’

Journalist Louise Tickle, a campaigner for openness in the family courts, said that courts and tribunals chipping away at full transparency risk a slew of unintended and damaging consequences to both the legal process and the people who rely on it.

‘Without openness, scrutiny and accountability, legal systems become set in aspic,’ said Tickle. ‘A culture builds up within the system that sees secrecy as the end, rather than having a true understanding of the actual point of the law banning publication of details.’

As a postscript to the ruling, Lord Summers explained that the claimant’s name could be withheld from this judgment on the understanding she would drop her claim. It is understood she is considering an appeal.