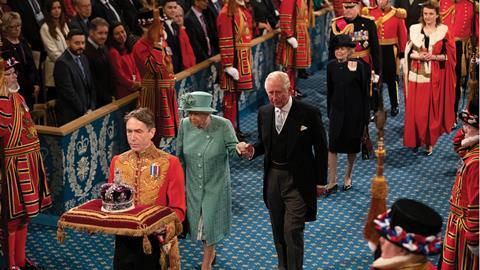 Two commissions of inquiry could be the most significant output of the legislative programme announced in the first Queen’s speech following Boris Johnson’s landslide election victory. Both will enter controversial waters.

In the quest for ‘a fair justice system that keeps people safe’, a royal commission will be set up to ‘review and improve the efficiency and effectiveness of the criminal justice process’. Press briefings suggest that items on the agenda will include a possible merger of Crown and magistrates’ courts and the establishment of a Scottish-style procurator fiscal model with the power to direct police investigations into serious crimes.

The last royal commission on criminal justice reported in 1993 after a two-year investigation into false convictions. Its 260 pages of findings resulted in the setting up of the Criminal Cases Review Commission.

Commenting on the announcement, Law Society president Simon Davis said: ‘We all want swift, fair and effective justice, but it cannot be delivered on the cheap. A thorough review, although needed, must be backed up with a significant cash injection across the board – to police and prosecutors, but also to courts and the defence profession.’

Outgoing Bar Council chair Richard Atkins QC said: ‘If the broken justice system is to be repaired it will need significant investment. The Bar Council will of course engage with any royal commission on improving the efficiency and effectiveness of the criminal justice process, but will be watching closely to ensure that this is not simply a way of booting what urgently needs doing into the long grass.’ No further details of the commission were available when the Gazette went to press.

The second inquiry announced seems likely to prompt even greater controversy. This is the ‘Constitution, democracy and rights commission’, promised in the Conservatives’ election manifesto. According to briefing material, the commission will ‘examine the broader aspects of the constitution in depth and develop proposals to restore trust in our institutions and in how our democracy operates’.

One focus is expected to be the Supreme Court, following its humiliating unanimous verdict against the prime minister over last year’s prorogation. To one advocate for reform, thinktank Policy Exchange, that judgment was only part of a pattern of judicial activism. In a report published last month, Professor Richard Ekins of Oxford University proposed a ‘Constitutional Restoration Act’ to limit the Supreme Court’s scope of action. The court would be renamed the ‘Upper Court of Appeal’ – and the lord chancellor would have more say over judicial appointments.

Ekins conceded that his proposals will be criticised as an attack on judicial independence, but said there was nothing improper about parliament deciding to unwind a recent expansion of judicial power. ‘It must be open to parliament to reconsider those past political choices that have conferred new responsibilities on courts or permitted them to address political questions.’

We all want swift, fair and effective justice, but it cannot be delivered on the cheap. A review must be backed up with a significant cash injection across the board

The Queen’s speech briefing concedes that ‘careful consideration is needed on the composition and focus of the [constitution] commission’.

The actual legislative programme announced is relatively modest. First off the blocks was a new attempt at the Divorce, Separation and Dissolution Bill, which went before the Lords last week. It was followed by the Prisoners (Disclosure of Information About Victims) Bill, which will place a legal duty on the Parole Board to consider murderers’ refusal to disclose the location of a victim’s body.

The government said that the legislation would ‘maintain and strengthen the UK’s role as a world leader in delivering justice across borders’. It also noted that legal services contribute over £25bn a year to the UK economy. Whether that sum will influence the government’s other big ideas remains to be seen.