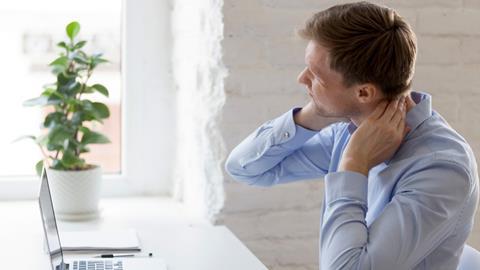 News focus: Unrepresented claimants are not using the whiplash portal - what now?

The Official Injury Claim portal was supposed to remove the need for lawyers, but with 90% of claims coming from people who instruct a solicitor it is clear that things are not going according to plan

An email to users of the Official Injury Claim (OIC) portal has warned of a bug in the system. It happens when compensators (usually insurers) enter ‘£0’ instead of ‘£0.00’ during the ‘create an offer’ phase for items which have a zero value. Without inputting the correctly formatted zero, the claim cannot be processed.

A fix for this bug is expected to go live on or before 14 February. A small consolation for anyone who doesn’t get a Valentine’s card, perhaps.

However the zero-value bug may be the least of OIC’s worries. Eight months into its existence, we can confidently say that the government-led online system for handling whiplash claims valued at less than £5,000 is not working as planned.

The system was billed as being constructed around the litigant in person. As the service itself tweeted last week, it is designed so that anyone injured in a car accident can claim ‘without specialist knowledge’. It is supposed to be a straightforward online process which does not require a lawyer where people can get swift access to justice, backed up by a call centre open six days a week to answer queries.

But early indications are that unrepresented people are unlikely to use the service without specialist advice – in both reporting periods since the launch, 90% of claims have come from people who instructed a solicitor.

Minutes from last month’s OIC advisory group meeting, chaired by the Ministry of Justice and attended by solicitor, insurer and medical agency representatives, were published last week and revealed that research has been commissioned into unrepresented claimants exiting the service.

Stakeholders also want to establish whether unrepresented claimants may be receiving additional advice ‘in the background’ and if this might be having an impact on settlement figures.

Donna Scully, who works with claimants and insurers as director of the Liverpool-based Carpenters Group, said the enquiry was superfluous as most inside the industry already know why there are so few litigants in person.

‘People cannot run their own RTA cases because they are too complicated,’ said Scully. ‘They didn’t do their own PPI cases and they were easy. They want to be represented and LEI insurance helps with that.’

'Most people would rather someone with the independence and expertise do the claim, and if they have to pay some of their damages then that’s a price worth paying'

Certainly, the increasing take-up of legal expenses insurance has been a key factor in claimants opting not to run their own claims, which may have blindsided policy-makers at the MoJ. As Stuart Hanley, head of legal practice at claimant specialist Minster Law, said, ‘why have a dog and bark yourself?’

He explained that the low take-up of unrepresented people is a combination of a lack of public knowledge about the portal and the continued assumption that these matters are best left to a lawyer.

‘There was so little publicity last May you would be forgiven as a consumer for not knowing the portal was there,’ said Hanley. ‘Most people would rather someone with the independence and expertise do the claim, and if they have to pay some of their damages then that’s a price worth paying.’

He praised the Motor Insurers Bureau, which designed and administers the scheme on behalf of the MoJ, for responding quickly to issues raised and collaborating with users. But he also suggested that if 90% of claimants continue to be those with a solicitor, the system may need readjusting to better meet the needs of that majority.

Whether the portal itself is user-friendly is questionable. Those going it alone may require police reports and witness statements – not to say enough confidence with computers to go through the automated process. Users will also need to understand if their claim is worth less than £5,000. Whether they trust insurers to make fair offers is another element that may deter them from running a claim themselves.

The Guide to Making a Claim runs to 64 pages, and it is hardly beyond the imagination of an advisory board to think consumers will take one look and seek out a solicitor – or alternatively drop their claim. It is noticeable that while the OIC quarterly statistics give numbers of unrepresented people, it does not specify how many also dropped out along the way.

‘If the policy intention was to reduce the number of whiplash claims then the portal has been an absolute triumph,’ said Matthew Maxwell Scott, executive director of the Association of Consumer Support Organisations. ‘It is extraordinary the 90% figure has come as any surprise. Those who saw it early on in the design process thought this looked too complicated.’

Something, everyone agrees, needs to change. The current system revolves around an assumption that does not seem to have been borne out.