Open justice has become a political hot potato this month following the Parole Board’s decision to release serial sex attacker John Worboys from prison. Worboys, a London black cab driver, was jailed indefinitely in 2009, with a minimum term of eight years, for drugging and sexually assaulting female passengers. He will be released from prison at the end of this month following a decision by a three-member Parole Board panel. 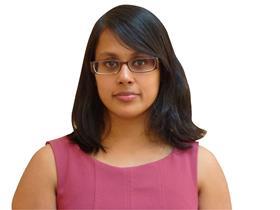 The news has caused outrage, in part because due to Parole Board rules the public are not privy to how the panel reached its decision; and also because some victims learned about the board’s decision from the media.

For the government, the Worboys furore shines an uncomfortable light on the fact that justice sometimes happens behind closed doors. Parts of the system are becoming more open. For instance, in 2013, Sir James Munby, president of the Family Division, said the ‘glare of publicity’ should be allowed in the family courts. The Court of Protection has been piloting a transparency scheme. But other parts of the justice system appear to be moving in the opposite direction: the Justice and Security Act 2013 introduced the idea of closed material proceedings to civil litigation. Lawyers have also raised concerns about plans for virtual hearings and a new online court.

The new lord chancellor, David Gauke, has already made clear that transparency will be a priority. Less than 24 hours after being handed the justice brief in a cabinet reshuffle, Gauke announced he had begun the process of making parole decisions more transparent. The review will be finished by Easter, Gauke said.

The Parole Board currently has a statutory duty that prevents proceedings being disclosed. Back in November, Parole Board chair professor Nick Hardwick acknowledged that the board’s processes lack openness and transparency. ‘Public bodies of all types are rightly expected to be more open and transparent, and in these circumstances the Parole Board is lagging behind in a way that is difficult to defend,’ he said. 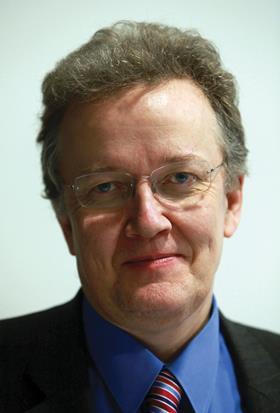 If all the media have to go on are lurid accounts of a crime and don not hear how a man or woman had changed or how their risk can be managed, we cannot complain if they do not understand the decision we have made.

What kind of changes might we see? Hardwick has said he is ‘impressed’ with Canada, where the Corrections and Conditional Release Act permits members of the public to attend Parole Board of Canada hearings. Permitting observers ‘is in the spirit of openness and accountability’ and contributes to ‘better public understanding’ of the parole decision-making process, the government of Canada says.

Hardwick says Canada’s hearings ‘are held in prisons like ours although a greater proportion are held by video link. Here, a victim can attend to read a victim statement but must leave after they have done so. I think we should carefully consider why we ask victims to leave at this point, of course only if they wish to stay. I do not think we should rule out opening up hearings even further’.

The public and media might not like what they see, but that is not a good reason not to open up the system, Hardwick says. ‘Even at present, some of the decisions we make are subject to ill-informed criticism – but how could it be otherwise when we do not provide information about why we made a decision? If all the media have to go on are lurid accounts of a crime many years ago, and do not hear how a man or woman had changed or how their risk can be managed, we cannot complain if they do not understand the decision we have made.’

Another case that worries advocates of open justice concerns Jon Venables, who was jailed in 1993 for murdering two-year-old James Bulger. In a statement, the CPS said this month: ‘The man formerly known as Jon Venables has been charged with offences relating to indecent images of children and will appear in the Crown court. In order that justice can be done, no further details are being released at this stage and the proceedings are subject to reporting restrictions.’ 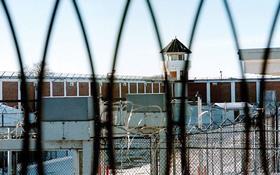 The Chartered Institute of Journalists says the decision to hold the trial in secret ‘risks becoming a denial of justice and is unconstitutional in a democratic society’. Professor Tim Crook, chair of the institute’s professional practices board, says: ‘The idea of such a serious trial on an extremely relevant public interest case taking place in secret at an unnamed court building is deeply disturbing.’

Munby has advocated greater transparency in the family courts for many years. In a View from the President’s Chambers published in April 2013, the senior family judge said: ‘I am determined to take steps to improve access to and reporting of family proceedings. I am determined that the new family court should not be saddled, as the family courts are at present, with the charge that we are a system of secret and unaccountable justice.’ The following year he issued guidance ‘to bring about an immediate and significant change in practice’ in relation to publishing judgments in the family courts and the Court of Protection.

The guidance states: ‘In both courts there is a need for greater transparency in order to improve public understanding of the court process and confidence in the court system. At present too few judgments are made available to the public, which has a legitimate interest in being able to read what is being done by the judges in its name.’

In January 2016, the Court of Protection began testing increased access for the public and the media. Previously, with rare exceptions, such as serious medical cases, hearings were held in private. The Ministry of Justice confirmed that all cases are now held in public unless prohibited by a court order. The changes came into force in December.

Munby said at the time that accredited media who attended family court cases had been ‘better informed about the work of the family court as a result’, adding that it was ‘logical’ to look at extending greater transparency to the Court of Protection ‘provided the right balance can be struck to safeguard the privacy of people who lack capacity to make their own decisions’.

The Transparency Project, a charity, has been closely following the pilot. Through Freedom of Information Act requests, it learned that 544 people had attended a Court of Protection hearing in London between January 2016 and August 2017. Media representatives accounted for 11 of those 544. Few, if any, attended a hearing outside London.

This year will be significant in the quest for open and transparent justice. As well as t he government’s review, the outspoken Munby steps down from his post and may have much to say afterwards. Lord Hewart, lord chief justice of England between 1922 and 1940, famously said: ‘Not only must justice be done; it must also be seen to be done.’ We are getting closer.