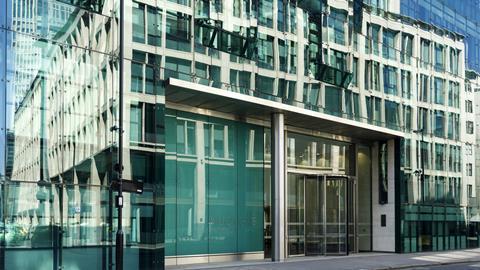 International firm Addleshaw Goddard today announced an 18% jump in revenue which pushed total profits up by 15% to £155m. It posted firm-wide revenue of £377m for the year ending 30 April 2022 helped by a 15% increase in UK income and a 30% rise outside the UK, following growth of 12% in the last financial year.

Addleshaw Goddard opened four new offices in Europe – in Dublin through a merger with local firm Eugene F Collins, as well as in Luxembourg, Frankfurt and Munich – having previously launched in Paris and Hamburg, though the firm announced in May that it will close its Hong Kong office next month.

Managing partner John Joyce said: ‘It has been another challenging and changeable year and so to have materially grown both UK and global turnover is very satisfying.’

He added: ‘The year was a very busy one for our transactional teams but generally across the firm we were busier than ever working across a greater number of offices on higher value work. Activity levels surpassed prior year in every month of the year in many teams and geographies which is particularly impressive given the 20% growth we saw in each of the final six months of the prior year.’

Joyce said the firm’s revenue growth was also driven by ‘further material people investments, most notably responding to client demand for a meaningful presence in Ireland and Luxembourg as well as growing Paris and Germany’.